Halfway for the Atlantic Rower

Man attempts to row a 24-foot boat across the Atlantic Ocean. 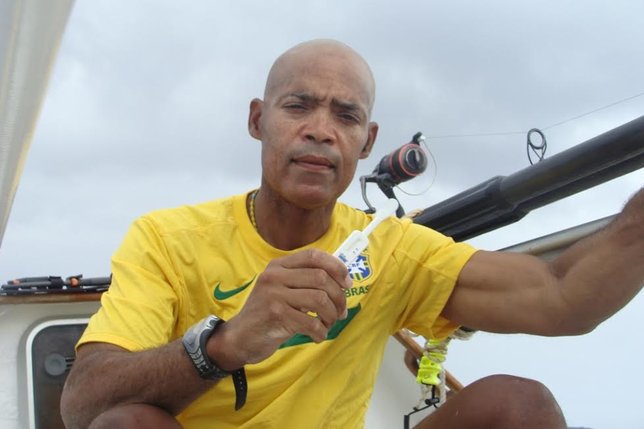 New York, NY - May 11, 2014  - At his fourth bid in transatlantic crossing and furthest so far, Victor Mooney, 48, of Queens and The Spirit of Malabo, a twenty-four foot Brazilian custom made ocean rowboat, reached the halfway point in a 3,000-mile row to the British Virgin Islands <BVI> this morning. Mooney departed Maspolamas, Gran Canaria, off the coast of Africa on February 19.
After a resupply in the <BVI>, Mooney will row another 1,800 miles to New York. Mooney’s journey is designed to encourage voluntary HIV Testing and raise funds for AIDS.
Pictured: Victor Mooney, the Atlantic Rower aboard Spirit of Malabo in the Atlantic Ocean