Sarah Knakal was arrested after crashing her car on Saturday; five businesses were caught selling alcohol to minors. 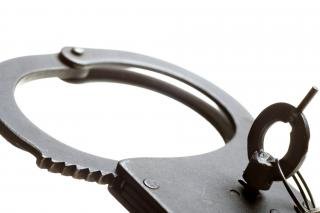 Mother Charged with DWI with Three Kids in Car
A woman was arrested on Saturday night for driving under the influence of alcohol after she crashed her car and fled the scene of the accident with three children.

According to Suffolk County police, Sarah Knakal, was driving west on E. Jericho Turnpike at around 6 p.m. on Saturday night when she crashed into a telephone pole and a sign in front of 967 E. Jericho Turnpike in Huntington Station. She had three children in the car at the time of the accident.

Police said that Knakal, 30 of Huntington Station, then fled the scene on foot with the three children, ages five, seven and nine. Police located them about 10 minutes later at E. Jericho Turnpike and Cooper Avenue.

Knakal was taken into custody and the three children were turned over to a family member. Suffolk County Child Protective Services was notified.

Knakal is facing charges including Leaving the Scene of an Incident and three counts of Endangering the Welfare of a Child. She is also being charged with Aggravated Driving While Intoxicated with a Child 15 Years Old or Younger, which is known as Leandra’s Law.

Knakal was scheduled for arraignment on Sunday at First District Court in Central Islip.

Five Arrested for Selling Alcohol to Minor
Police made five arrests this weekend after catching businesses selling alcohol to minors. The arrests came after a sting operation investigating 17 businesses in Ronkonkoma, Commack and Kings Park.

All five defendants are being charged with Unlawfully Dealing with a Minor. They will appear at the First District Court for arraignment at later dates.