Empire offers both in-person and tele-psychiatry, with the latter having been especially useful during the COVID-19 pandemic. 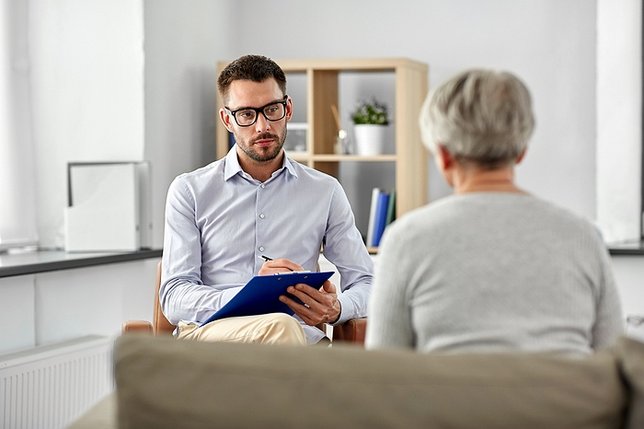 In today’s reality, with the ongoing COVID-19 pandemic combined with social unrest, political turmoil, and the no-less-grating stresses of plain old everyday life, people are in need of a helping hand now more than ever when it comes to maintaining their mental health.
Empire Psychiatry is a psychiatry practice that first opened their doors for business just over one year ago; their main office is based in Rockville Centre, with two other practices in Glen Head and Manhattan.
Empire offers both in-person and tele-psychiatry, with the latter having been especially useful as of late for a variety of reasons, not the least of which is COVID-19, according to Clinical Director Dr. Jacob Wartenberg.
“Especially now, we get a lot of patients that choose tele-psychiatry because of the pandemic. Fortunately, it also opened up an avenue for people who would not normally seek out mental health treatment,” he said. “We can see patients within a week, and sometimes even same-day, making sure they get the help they need.”
Dr. Wartenberg, who describes his practice as “warm, friendly, and compassionate,” also noted that Empire goes to great lengths in order to ensure that their services are affordable to people of just about any income level, regardless of insurance carrier.
“We accept almost every insurance including Medicare, this way almost anyone can afford it,” he said. “And even for the one or two insurances we don’t accept, we provide a sliding scale system that is practical and affordable.”
Empire Psychiatry treats everything from Anxiety and Depression to Bipolar, Borderline Personality Disorder, ADHD, Panic, OCD, PTSD, and Schizophrenia.
“We have a multi-disciplinary team of Nurse Practitioners, A Psychiatrist, and a Pharmacist. Psychiatric Nurse Practitioners can look at the whole person, including lifestyle and wellness, and not just psychiatry,” he said. “For example, one of our practitioners has a background in emergency medicine and there have been a number of times where the patient would qualify as a medical case rather than psychiatric…We make sure no stone is unturned.”
Dr. Wartenberg, who has a Doctorate in Pharmacy with a focus in Psychiatry, originally started the practice with his brother Joel, a Psychiatric Nurse Practitioner. The two had been collaborating together for several years before opening Empire Psychiatry, which Dr. Wartenberg said was in response to a great many inadequacies in the mental health care system.
“My brother and I witnessed many gaps in the mental health care system, including sub-par therapies, inattentive practitioners, long wait times (sometimes months), and a lack of practitioners that accept insurance.”
Tele-psychiatry became an especially potent tool during the onset of COVID-19, Dr. Wartenberg said, as it gave people a way to seek out help while remaining safe and socially distanced. However, he noted that it also gave people who otherwise may have been reluctant with the idea of psychiatry and therapy a way to test the waters…often with great success.
“We had many new patients go the tele-psychiatry route for convenience and for safety; there’s no patients sitting in an office and no long wait times. And if someone decides that they want an in-person visit, we have that availability as well. Overall, tele-psychiatry has been very beneficial,” Dr. Wartenberg said. “With the pandemic, we’ve had more people coming in suffering from anxiety, depression and stress who never would have sought out help before, as well as other conditions - such as bipolar and schizophrenia, which have been exacerbated due to stress caused by the pandemic.”
At the end of day, Dr. Wartenberg said that Empire Psychiatry is about helping people cope with their personal issues while they travel the winding road back to their own personal mental well-being.
“I love being part of a field in which I get to witness firsthand the way patients improveand get back to their normal routine”, he said.
To find out more about Empire Psychiatry or schedule an appointment, you can call 516-900-7646 or visit their website at EmpireCareClinic.com.