National day of helping, inspired by tragic murder of Kitty Genovese in 1964. 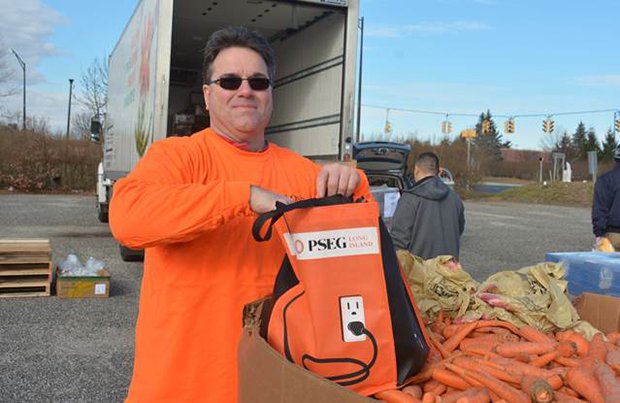 Frank Walsh spends every Friday helping to feed those who are food-insecure – even on his birthday, which is Good Samaritan Day. Photo PSEG Long Island.

It may be known for bad luck and a series of slasher films but this Friday the 13th is also known for something good, it’s National Good Samaritan Day.

According to NationalDayCalendar.com, National Good Samaritan Day is observed every March 13th (not just the ones that fall on Friday!) and is a day for “unselfish actions to help those in need and to celebrate kindness.”

There is even a hashtag: #GoodSamaritanDay

The term “good Samaritan” comes from the Bible. In the story, a Samaritan helped out a stranger who had been beaten and robbed. The Samaritan went as far as to put the stranger up in an inn and pay for his lodging. Now the term us used to describe someone who unselfishly helps a stranger in need.

NationalDayCalendar.com says that the National holiday stemmed from a very unfortunate incident in 1964. On March 13, Catherine “Kitty” Genovese was murdered near her Queens apartment. Despite her calls for help, no one stepped in or called police until it was too late. Had a good Samaritan come to her aid, Genovese would have survived the attack, even though the murderer was interrupted at least once during the crime.

Many Long Islanders do things every day for others but Commack’s Frank Walsh goes the extra step. Every Friday the PSEG Long Island lineworker helps to feed those who are food-insecure, even on his birthday, which this year falls Good Samaritan Day.

As described in a PSEG Long Island media release, at 8am almost every Friday, Walsh will be out in every kind of weather at a parking lot in Central Islip where he volunteers distributing food from an Island Harvest truck.

“When I was approached by my supervisor several years ago to help, I didn’t know what Island Harvest was or what it did, and I had no idea there were as many hungry and homeless people on Long Island as there are,” said Walsh.

Walsh is often joined by PSEG Long Island colleagues to carry boxes and bags of food and other donated items from the truck to the vehicles of about a dozen area food pantries, soup kitchens and other organizations that distribute the food Saturday mornings.

“Since then I’ve been committed to do my little part on Friday mornings to help these organizations provide food for people who need it, and maybe one day, no one in our area will be hungry and we won’t have to be out here,” he added.