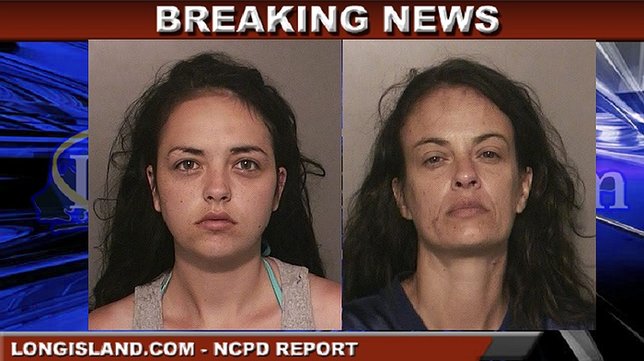 Jericho, NY -  May 5, 2016 - On the heels of the military announcing plans to recruit women for combat roles, Nassau County Executive Edward P. Mangano and the Nassau County Veterans Service Agency (VSA) today honored nine women veterans and an active duty military Purple Heart recipient at a special “Women in the Military” Celebration at the Milleridge Inn Cottage in Jericho. The honorees, who served between World War II and current day operations, are trailblazers – having broken gender barriers to pave the way for other women to serve in the military in a variety of capacities. Sponsors of the celebration included CSEA, Kim’s Cakes of Seaford, PFC Joseph Dwyer PTSD Peer-to-Peer Veterans Support program, Estee Lauder, Bed Bath & Beyond, and Bethpage Florist.

County Executive Mangano stated, “Throughout history, women have taken on a variety of roles and ranks in our military and have served our nation with commitment, honor and leadership. This week, we pause to recognize and thank women veterans for their contributions toward protecting freedom and democracy around the globe.”

The history of women in the military dates back to the Revolutionary War, in 1775. During World War I, 12,000 women enlisted in the U.S. Navy and Marine Corps; about 400 died during the war. In World War II, 350,000 women served in the U.S. military. During World War II, the U.S. Navy, Marines and Coast Guard created reserves – and the Army created the Auxiliary Corps – and more than 150,000 women served in them. Fast forward to 1991, more than 40,000 women served in the Gulf War – integrated with men, in a warzone - engaging with enemy forces on an unprecedented level. Although women in the military suffered a setback in 1994, when the Defense Secretary prohibited them from serving in direct ground combat, many continued to serve in combat roles and on the front lines as needed as the Pentagon overturned that rule the following year. As of 2015, women make up about 15% of the U.S. military. More than 165,000 women are enlisted and active in the armed services with over 35,000 additional women serving as officers.

About the Nassau County VSA
The mission of the Nassau County Veterans Service Agency (VSA), in partnership with the Veterans Affairs both federal and state, is to provide all veterans and their dependents with the benefits they have earned; expand community outreach; and enhance the quality of life of the Nassau County veteran community. The VSA serves as an advocate for veterans’ compensation, pension, education, employment, training, referrals, vocational rehabilitation, and additional benefits for survivors, burial, and health care. The agency provides free transportation for veterans to the Veterans Administration (VA) Hospital in Northport or the VA health clinics in East Meadow and Valley Stream.

About the Milleridge Inn
The Milleridge Inn has its own “military” history, dating back to the Revolutionary War. The land on which it now sits was purchased from the Matinecock Indians in 1653, and the building built a few years later – during the 8-years of War. When the war ended, the Milleridge served as a stop-over point for travelers, and no payment was expected or accepted.