Nassau County Executive Edward P. Mangano has announced that Nassau County will once again host the Navy and Marine Helicopter Landing in Eisenhower Park on Saturday, May 23rd as part of the “Fleet Week 2015” ... 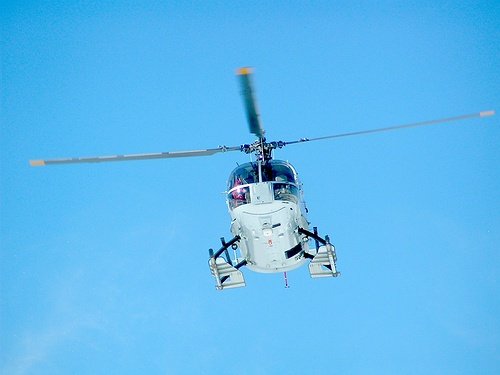 Nassau County, NY - May 1, 2015 - Nassau County Executive Edward P. Mangano has announced that Nassau County will once again host the Navy and Marine Helicopter Landing in Eisenhower Park on Saturday, May 23rd as part of the “Fleet Week 2015” activities in New York City. The event, billed “Raid New York” will be the largest Marine/Navy helicopter landing on Long Island.

Navy Landing at 10:00 a.m.
A combined team of members from the U.S. Navy Explosive Ordnance Disposal team and Helicopter Sea Combat Squadron Five (HSC-9) will present a mine countermeasures demonstration. The demonstration will show how a five-member EOD team can be inserted via a MH-60S helicopter into an area too dangerous for a ship to navigate or an aircraft to land, while another MH-60S provides top-cover. After the air and land demonstration, the two MH-60s helicopters will land and be available for public display. The EOD technicians are stationed in Virginia Beach, Virginia. HSC-9, also known as the Tridents, is stationed in Norfolk, Virginia.

Marine Landing at 12:00 p.m.
The VM-22 Osprey, CH-46 Sea Knight and AH-1W Cobra, will perform an area sweep and transport a Marine raid force to the landing zone. Marines will perform an assault demonstration, after which the helicopters will land and will be available for public display, along with the weapons typically used by a Marine Corps rifle platoon. Marines supporting this event are part of a Special Purpose Marine Air- Ground Task Force from the II Marine Expeditionary Force based at Camp LeJeune, North Carolina.

The Helicopter Landing, which is free to the public, will be taking place on the Kite Field, just south of the Veterans Memorial in Eisenhower Park, with parking at fields 6 and 6A. At 930 acres, Eisenhower Park is the largest park in Nassau County and is centrally located in East Meadow with entrances at Hempstead Turnpike at East Meadow Avenue and Merrick Avenue at Stewart Avenue.

Photo by getye1, via Free Images.