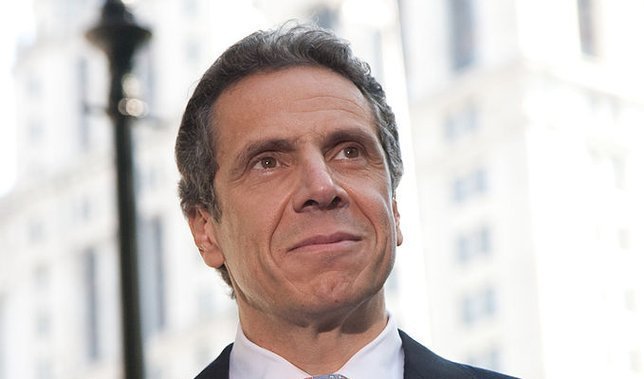 Albany, NY - May 3, 2017 - Governor Andrew M. Cuomo today signed legislation investing a record $25.8 billion in high-quality education across New York State. The new legislation boosts education aid by $1.1 billion, including a $700 million increase in Foundation Aid. The bold investment builds on the Governor’s commitment to strengthening educational outcomes, including an increase in education aid of $6.2 billion, or 32 percent, over the last six years.
The Governor also announced the second round of the Empire State Excellence in Teaching Program, which recognizes 60 teachers across New York who are successfully preparing a new generation of learners for the future. Winners will receive an award from the Governor, the opportunity to advise education policy makers, and a stipend of $5,000. The funds can be used for continued learning and professional development.
"By investing more in education than ever before and more than any other state in the nation, we are expanding access to quality education from pre-K through college and helping all New Yorkers build a stronger foundation to pursue the American dream," Governor Cuomo said. "Each and every New York student needs and deserves access to a world-class education to ensure a bright future, and we must continue to invest in our schools, our teachers and our students to ensure a stronger state for generations to come."
Investing Record $25.8 Billion in Education
The FY 2018 State budget makes historic investments at every level of the educational landscape in order to improve student success. This includes:
A regional breakdown of the funding is available here.
Empire State Excellence in Teaching Awards
To recognize and honor excellence and innovation in the classroom, the Budget provides $400,000 in funding for a second round of Empire State Excellence in Teaching awards. The program recognizes teachers from 10 different regions of New York, spanning from the North Country to New York City. The program honors outstanding individuals who exemplify the highest standards of teaching, working to foster creativity, instill a love of learning, and inspire independent thinking and student initiative.
Public school teachers are eligible to apply for recognition. Any member of the public can recommend a teacher by filling out a recommendation here by May 11, 2017. Teachers who are nominated will be notified via email and asked to submit an application.
New York teachers are invited to submit an application for final consideration by a panel of leaders from several New York professional education associations. Applications are due by May 18, 2017.
Members of the panel include:
For more information on the Empire State Excellence in Teaching Program, please visit: www.ny.gov/NYSTeachingExcellence.