The Village of Garden City must now implement changes to residential housing practices to remedy the effects of prior intentionally discriminatory conduct. 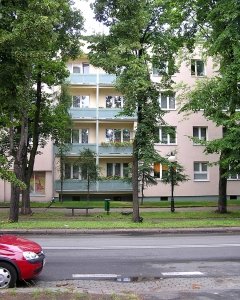 Garden City, NY - April 24, 2014 - On April 22, 2014, federal judge Arthur D. Spatt of the Eastern District of New York entered final judgment in the discriminatory zoning case brought by New York Communities for Change and affordable housing developer MHANY Management, Inc. against the Village of Garden City in Nassau County on Long Island.  The Village of Garden City and its Board of Trustees must now implement changes to their residential housing practices to remedy the effects of their prior intentionally discriminatory conduct.  The judgment comes on the heels of Judge Spatt’s historic December 6, 2013 ruling that Garden City violated the Fair Housing Act, the United States Constitution, and other civil rights statutes when it enacted a zoning ordinance in 2004 in response to public pressure to keep minority households out of Garden City.  That discriminatory action, the Court found, perpetuated the deep-seated segregation that has allowed Garden City to remain a steadfastly white enclave surrounded by predominantly minority neighboring towns.
Proclaiming in an earlier March 17, 2014 order that “…the law has been broken and the defendants cannot now complain of the ensuing consequences,” Judge Spatt imposed several mandatory affirmative remedies in the final judgment.  Garden City must conduct annual in-person training for all elected officials and housing employees, and enact a Fair Housing Resolution to “assure equal housing opportunities and nondiscrimination in its zoning and other land use processes.”  Garden City and its trustees are enjoined from violating fair housing laws in the future. And Garden City will also be required to hire an independent third party Compliance Officer and pay for all remedial measures.
The court also imposed several remedies that open the door for affordable housing in Garden City – for the first time in the century-old town’s existence.  If Nassau County, which owns the parcel of land at issue and was a defendant in the case until 2012, announces that it intends to sell the property (known as the “Social Services Site”) within one year of the judgment, Garden City must re-zone the Site to allow for development of residential multi-family housing. This re-zoning would allow affordable housing developers, including plaintiff MHANY Management, Inc., to bid for the opportunity to build much-needed and long-awaited affordable housing in Garden City. If Nassau County does not announce that it intends to sell the site within one year of the judgment, Garden City must set aside 10% of any future multi-family developments for affordable housing, join the Nassau County Urban Consortium (a group of municipalities in Nassau County that are eligible to receive federal funding for affordable housing development), and participate in Consortium activities in good faith.
Exclusionary zoning by white communities like Garden City to block affordable housing that would likely be occupied by minority residents remains one of the most persistent obstacles to open, integrated and fair housing in America today.  The court’s judgment in this case is a much-needed step toward eradicating the lingering effects of centuries of racial discrimination and segregated living patterns in this country, and sends a signal to similar communities that such discrimination will be rooted out and remedied.
Diane Goins, chairperson of the LI Chapter of New York Communities for Change, stated:  "This is history and a long time coming. People need to see what Garden City has been doing for years and years. This is a great beginning and I am excited by this tremendous victory for all people of color and low income communities in Long Island. We are proud to have persevered after such a long fight and believe this victory will be the first of many so that more affordable housing is built in Garden City and Long Island.  Communities of color are suffering because of the housing crisis and racism that still exists today."
Stanley Brown, lead counsel for the plaintiffs and a partner at Hogan Lovells US LLP in New York City, noted:  "Local and state governments need to take note  of this case, and understand that using restrictive zoning to bar minority residency will not be tolerated. This case exemplifies how housing discrimination and exclusionary zoning practices are being used across the country. It shows how these practices prevent affordable housing that can provide opportunities to all of us, and minorities in particular that have been historically shut out. Hogan Lovells' pro bono litigation team takes special pride in the opportunity to serve this effort. It has been a long campaign, but a worthy one on behalf of civil rights."
Co-counsel Fred Brewington who heads the Law Offices of Fred Brewington in Hempstead, New York, said: "This is a monumental development as we take steps to correct the discriminatory course on which Garden City has chosen to embark. It is unfortunate that even in the face of such a strong factual finding the Village remains in denial. It is this attitude that has led Garden City into a situation that has cost them hundreds of thousands of dollars and will subject them to millions in the future. Now Garden City has the chance to end the madness and stop putting up barriers."
Joseph Rich, Co-Director of the Fair Housing and Community Development Project added: “This is an extremely important case that was brought to break down discriminatory barriers to affordable housing erected by Garden City and to ensure that housing that will promote residential desegregation becomes a reality.  The Court’s December decision finding Garden City had intentionally discriminated in violation of the Fair Housing Act and this final order setting forth actions that must be taken by Garden City to remedy this discrimination are very important steps in achieving that goal.”