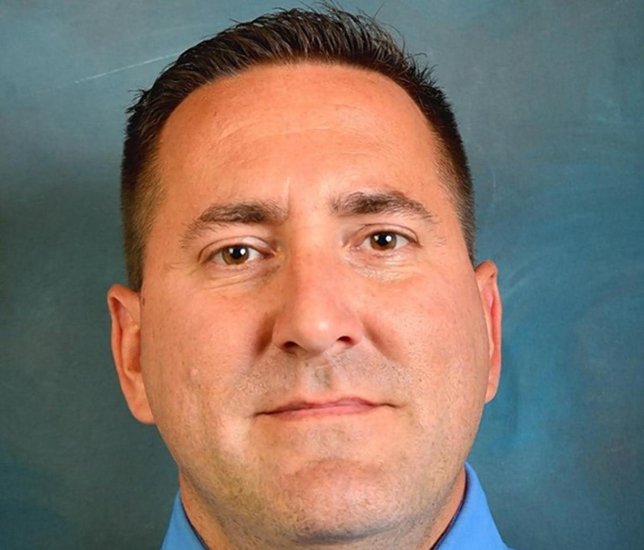 FDNY volunteer firefighter William Tolley, 44, who fell to his death while combating a fire in Queens on April 20.

Queens, NY – April 21, 2017 - While working on the roof of a Ridgewood, Queens apartment building where a two-alarm fire raged three floors beneath his feet, 14-year FDNY veteran and Long Island resident, William Tolley, 44, tragically fell five stories to the street and later died of his injuries in a local area hospital on Thursday, April 20, officials report.

Tolley, a member of Ladder Company 135, fell while on the roof of the building located at 1615 Putnam Avenue performing a venting procedure, described by officials as a routine operation which involves opening the roof to allow heat, smoke, and potentially deadly gasses to rise and exit the structure; this enables responding firefighters below to more easily search for victims trapped in the building and reduces the chances of explosions brought about by build-ups of trapped gas.

At 2:20 p.m., for reasons unknown but currently under investigation, Tolley somehow fell from a ladder – it is currently unknown if he was in the ladder’s bucket or not – and plummeted to the ground below. Tolley, one of over 100 responding firefighters at the scene, was immediately taken to Wyckoff Heights Medical Center in Bushwick, Brooklyn, where he died of his injuries, according to FDNY Commissioner Daniel Nigro.

Tolley, who lived in Bethpage with his wife, Marie, and his 8 year-old daughter, Isabella, also served as a volunteer firefighter for the Bethpage and (previously) Hicksville Fire Departments.

President of The FDNY Uniformed Fire Officers Association Jake Lemonda offered his condolences to the brave firefighter’s friends and loved ones, recalling Tolley’s willingness to put his life on the line selflessly for the sake of others.

“I join with all FDNY members in honoring the memory of our brother who unfortunately lost his life in the line of duty earlier today,” he said. “This is an extremely dangerous job that our dedicated members put their lives on the line every day to protect the residents of the City of New York. On behalf of the Officer’s Union, I offer condolences to his family and friends.”

New York City Mayor Bill de Blasio announced the death of Tolley at a press conference held that afternoon at the Brooklyn hospital where the firefighter had sadly lost his battle for life.

“I’m very sorry to report that tragedy has struck our city again…we lost another hero today,” he said. “A man dedicated to protecting others gave his life for this city. Everyone is in a state of shock and grief. To his family, we say we will stand by you…not only today, but in the days ahead, and for the years to come.”

Nassau County Executive Ed Mangano – who also resides in Bethpage – has decreed that all flags on Nassau County Buildings are to be flown at half-mast from April 21 through April 27 in memory of Tolley and his sacrifice.

The FDNY has announced that they will be launching two probes into the still-unknown circumstances surrounding Tolley’s death. The probes will center on any possible mechanical, equipment, or training-related issues that could have contributed to the incident, with the NYPD assisting in the investigating as needed, officials said.

Currently, the death toll of FDNY firefighters killed in the line of duty stands at 1,147, according to FDNY Commissioner Nigro.