Local singer cites musical influences such as Radiohead, Coldplay, and No Doubt; Represents diversity she feels in own music. 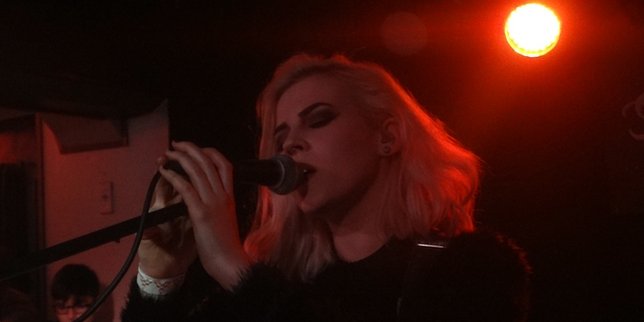 SEE performing at the Amityville Music Hall and Tavern.

Centerport, NY – April 17, 2107 – SEE, a budding local musical prodigy from Long Island says that if she has any say in the matter – which she most certainly does – she’s going to be the next big hit on the music scene, and she's doing it all with her very own special brand of talent. Seems she may be right on-point. 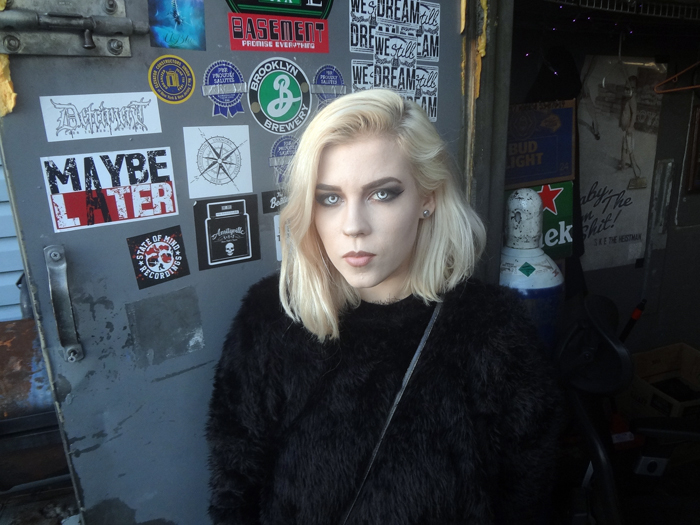 Despite being so early in her career, SEE has already developed a significant International fan base; her following on social media is especially strong on sites such as YouTube, Facebook, Instagram, and Twitter, and despite having no tour dates set, she has been playing a increasing number of local shows on the East Coast in support of her June 2016 debut EP, Ties. The evening this interview took place, she was ready to take the stage at the Amityville Music Hall and Tavern – a popular music venue on Broadway – where her act was standing room only as she and her  band played through her catalog of hauntingly beautiful songs. 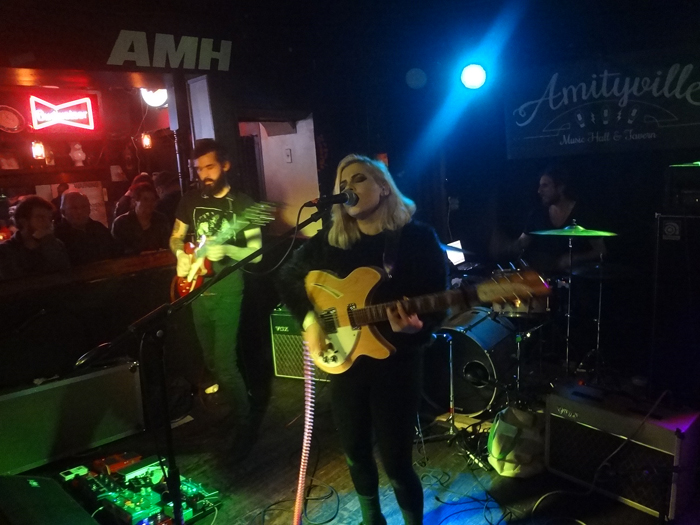 SEE – real name Carley, a Centerport native – may be an imposing sight when you first meet her; her stark blond hair, goth-tinged wardrobe, and wildly theatrical colored lenses certainly make an impression, but under that tough-girl veneer is a serious and sensitive artist who can boast of a life-long love of music. She recalls being 5 years-old and begging her parents to allow her to take piano lessons, and while that instrument never satisfied her passion, she pursued music far more seriously once she hit her teens.

“I started listening to a lot of different types of music when I turned 13…I first started out playing the drums,” she said. “I started learning a few other instruments from there, because I had songs in me and I needed to get them out... I know that's a bit of a cliché answer, but that's how it was.” 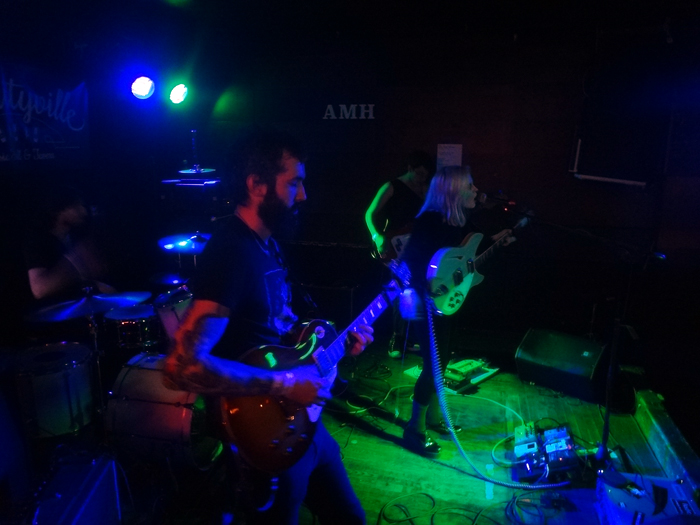 SEE is something of a young musical prodigy, already being a self-taught multi-instrumentalist at the tender age of 21. When asked how she managed to teach herself musical instruments as diverse as drums, bass, guitar, and ukulele – not to mention cultivating her impressive singing voice – she notes that she took advantage of the fantastic reservoir of internet information that is YouTube.

“I always think about if I had been born 20 or 30 years ago, what would I have done without YouTube?” she said. “I guess I could have taught myself anyway, perhaps, but would have been a lot harder.” 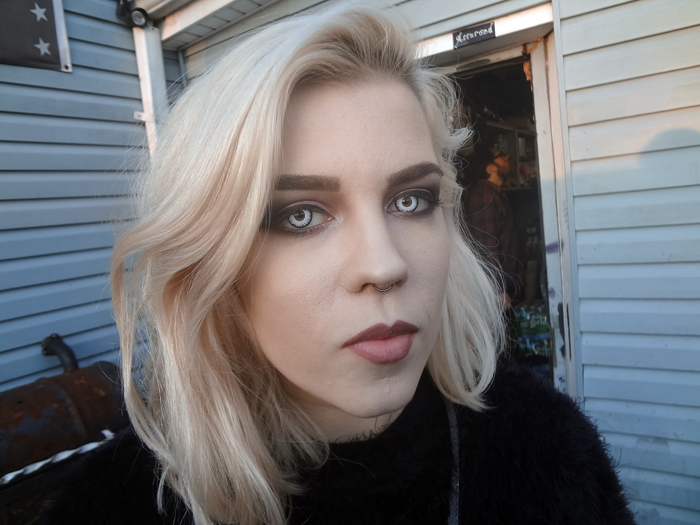 While a lot of musicians often tend to run with a pack of fellow music lovers who encourage and nourish their passions, SEE is unique in the sense that – during her developing melodic years – she essentially existed within a vacuum; she notes that she was forced to turn to the internet to find people to connect with on a musical level.

“None of my high school friends were into music, really...I met all of my bands on Craigslist and weird music sites,” she said. “Often, I would have to drive an hour or more for brand practice, going to all different parts of Long Island. One of the guys playing in my band tonight I met on Craigslist, and we've been playing together since we were both 16 years old.” 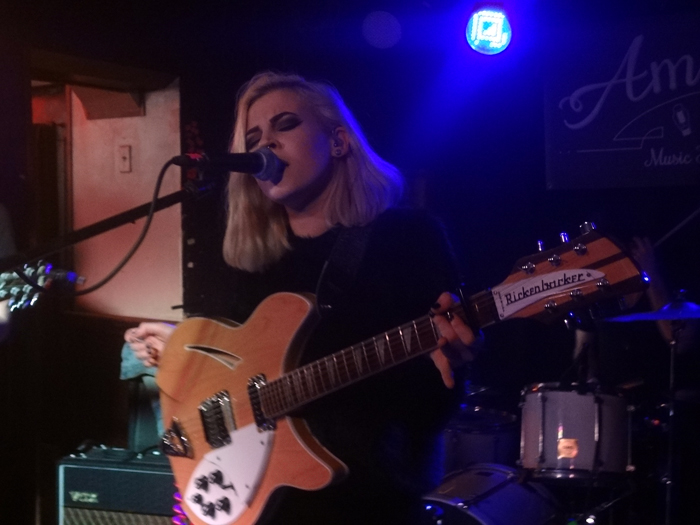 SEE's musical journey eventually saw her hiring a manager and signing with an independent label based in Los Angeles in order to release her first 5-song EP last year. Her decision to go pro with music was an especially harrowing one for her parents, she noted, who were originally hoping that she would take a more traditional life route and attend college.

“My parents are very supportive now, but at first they were pretty freaked out when I told them I wasn't going to school…but I think that would be kind of scary for any parent to hear,” she said. “When I graduated high school, I had a moment of realization that I needed to do this...I was a good student, but I already knew how to write songs, and I thought I could develop that craft on my own. I spent the next year writing, just locking myself in my room and writing non-stop. It was a very weird period.” 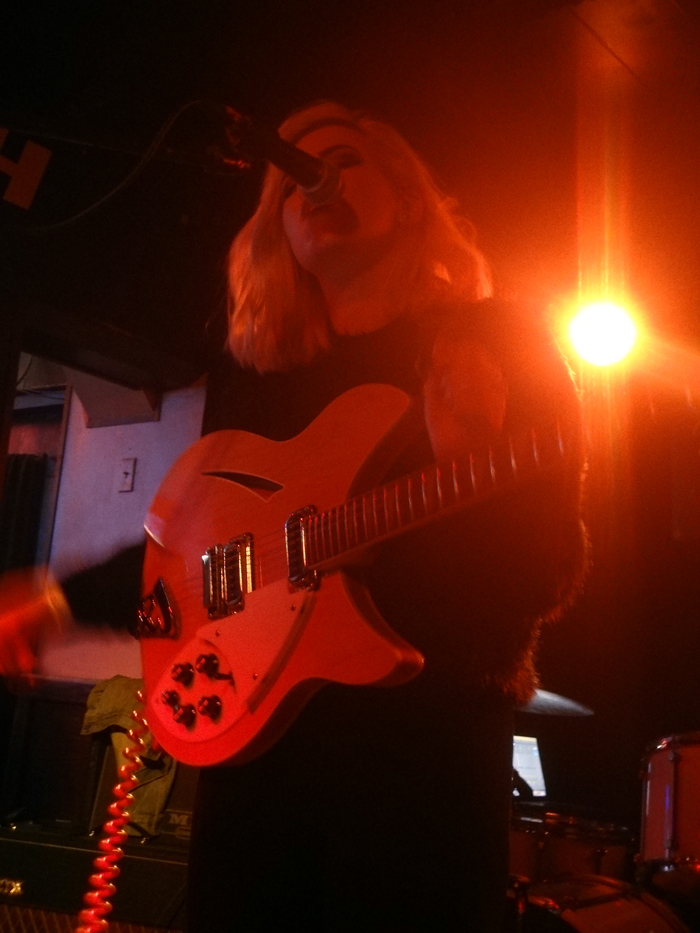 As for her uncommon stage name, SEE said that there’s no mystery or pretentious meaning behind it; how she arrived by it is refreshingly simple and straightforward, in fact.

“When I was 15 or 16 I was playing in a lot of different bands…I was a drummer at the time and I didn't really sing yet, but I had this vision of like when Gwen Stefani broke off from No Doubt and started her solo career, and I always have had a vision of doing the same thing,” she said. “So, I wanted a name that didn't keep me in a box as far as what genre I was essentially a part of…I think my real name would have been very ‘singer-songwriter’ sounding, which is not necessarily the direction I wanted to go in. There's no real meaning behind the word SEE, except for maybe the first letter of my real name being a ‘C.’ Plus, now I have these crazy eyes, so it really fits.” 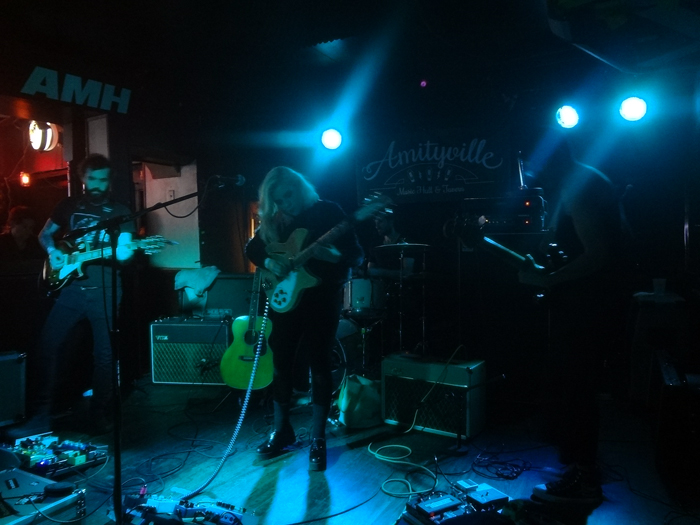 SEE cites musical influences such as Radiohead, Coldplay, and No Doubt, noting that these artists have both harder and softer songs in their respective libraries, representing a diversity that she feels she brings to her own music as well.

“Some of my newer music has a fairly hard edge, but not hard rock-ish, but more of a hard pop sound,” she said. “I think that every song I write has a fundamental pop melodic structure. I like catchy songs, and I'm just looking to do stuff in the pop world that's a little more instrument-based, very band-sounding. That’s why I play guitar when on stage in addition to singing.” 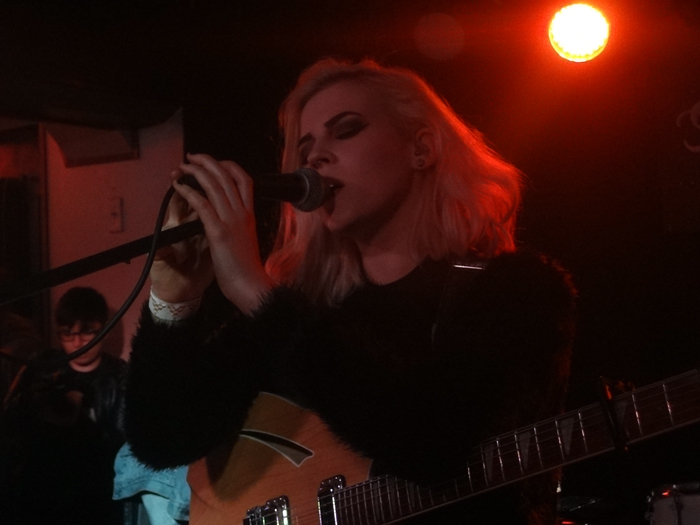 SEE’s aspirations for the future show no limit. Like many budding artists, she 'sees' hitting the big time, but unlike many who try, few possess the undeniable talent and passion that so effortlessly conjures forth every time she steps up on stage.

“I think I've always had the same overall vision of being a very big artist…like everyone gets into this business, I guess,” she said. “But now I know exactly what kind of sound I'm going for, and exactly what kind of style I have now. That takes time to develop...either it's forced upon you or takes time. I plan on releasing a few more singles and playing more shows this year – as a way to grow more – and only once I’m more established will I start thinking about releasing a full-length album. But I'm really excited for what the future holds.”