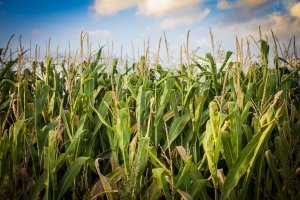 Albany, NY - April 11, 2014 - Governor Andrew M. Cuomo today announced nearly $790,000 awarded to New York State under the 2014 federal Farm Bill to prevent invasive species on agricultural lands across New York State.  This funding will help the State Department of Agriculture and Markets, the State Integrated Pest Management program and institutions of higher learning to jointly work together to identify potential pests before they gain a foothold in New York agriculture.
“We’ve seen how insects that prey on crops have wreaked havoc in other states, and we’re taking steps to guard against that here in New York,” Governor Cuomo said.  “New York’s agricultural industry is essential for the state’s economy and employs thousands of New Yorkers. This funding will help ensure that potential threats to agriculture are contained so New York’s vital agriculture industry can continue to thrive and grow.”
Specific sectors impacted by this funding cover a number of agricultural commodities, including: grapes, apple orchards, peach orchards, forests, vegetables including tomatoes and potatoes, and nurseries.  Potential threats to these commodities include: leaf roll virus (grapes), apple proliferation phytoplasma (apples), plum pox virus (peaches), tomato leaf miner (tomatoes), Emerald Ash Borer and Asian Longhorned Beetle (forests).
The U.S. Department of Agriculture Animal and Plant Health Inspection Service solicited suggestions from interested parties, including states and U.S. territories, universities, federal agencies, nongovernmental organizations, private companies and tribal organizations.  New York’s high success rate in receiving these awards speaks to the importance of its past successes on previously funded invasive species projects.
Congressman Chris Gibson said, “Invasive species and crop diseases are a real threat to the productivity of our farmlands and the economy of rural New York. I am proud to support programming that helps growers keep their plants—and their businesses—healthy. As always, I appreciate the good work of the State Department of Agriculture and Markets in overseeing these valuable studies.”
Congressman Sean Patrick Maloney said, “Our farmers are more than an engine for job creation and economic growth   - they are our neighbors, who provide healthy, fresh foods for our schools, families and businesses. Invasive species like the Brown Marmorated Stinkbug and the Spotted Wing Drosophila represent a real and dangerous threat to our farmers and local agricultural economy, but working together, we can invest to identity and prevent harmful invasive species in the Hudson Valley.”
Acting State Agriculture Commissioner Richard A. Ball said, “For over 40 years I have been a vegetable farmer, continually monitoring my plants for insects and diseases.  New threats pop up all the time and advance warning to strategically address them is critical to every farmer.  The work that this funding supports will protect farmers from invasive species and help them continue to be successful here in New York.”
As an international trade leader, New York continuously monitors for risks of pest introduction that can have a harmful effect on agriculture not only within the state but nationwide.
Funding was awarded to the New York State Department of Agriculture and Markets for nine projects.  Four additional New York projects were also funded.
A list of awards is below.  The majority of these plans will be implemented during the 2014 growing season.