The First Squad reports the details of a Criminal Mischief that occurred on Monday, April 04, 2016 at 12:26 am in Bellmore. 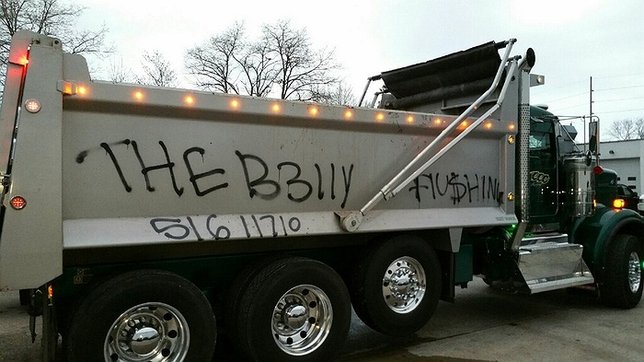 According to Detectives, at approximately 12:26am an unknown male suspect entered Newbridge Auto Body located at 1353 Newbridge Road and remained on the property for approximately one and a half hours. During that time approximately eight customer’s trucks were entered and/or damaged.

A silver colored truck with green colored cab and a 2005 white colored Isuzu utility truck were sprayed with graffiti in multiple places with multiple sayings. Proceeds at this time include a Garmin GPS and a diesel tuner.

The suspect is described as a male white, 20 years old, wearing a white sweatshirt and white pants with a black stripe.