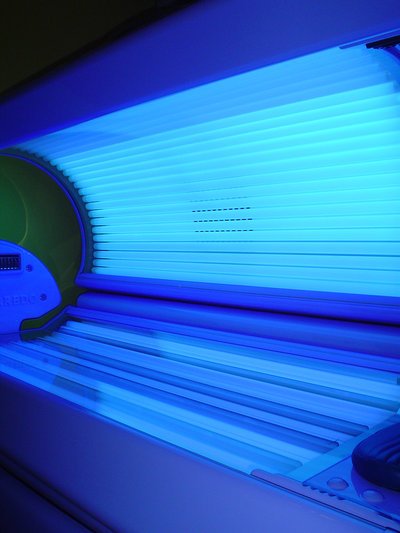 The bill (A-2142/S-1172), dubbed the “Tan Mom Law” comes a year after a New Jersey woman, Patricia Krentcil, was accused of taking her five-year-old daughter into a tanning booth.

Christie says he does not advocate government regulation of small business but cited health risks as the reason for the bill, including an increased risk of skin cancer. He also noted that tanning before the age of 35 has been shown to increase that risk of 75 percent.

“Governmental regulation of the private sector should always be carefully scrutinized, and sparingly adopted,” the governor said in a statement. “The new restrictions imposed by this bill followed a single but breathlessly reported incident of a parent bringing a minor child into a tanning facility.”

A scientist from the FDA backs up Christie’s claim explaining that the skin acts in self-defense when exposed to UV rays from the sun or from a tanning bed, producing more melanin, a pigment that darkens the skin.

According to the FDA, “Although some people think that a tan gives them a ‘healthy’ glow, any tan is a sign of skin damage. …Over time, this damage will lead to prematurely aged skin and, in some cases, skin cancer.”

Medical experts also note that an active chemical known as DHA in spray tanning products can potentially cause genetic alterations and damage DNA. It was approved in the 70s for external use, meaning rubbed onto the skin and not inhaled. While it is virtually impossible not to inhale when getting a spray tan, many experts do not believe this poses a threat.

In a signing statement that accompanied the bill, Christie cited the "documented and well-understood" risks associated with the misuse of indoor tanning systems as a main reason for signing the legislation.

In a statement, the American Suntanning Association said it was “disappointed that Gov. Christie and the New Jersey legislature have decided that government should have more of a say in teenagers’ lives than their parents,” and says the association has “worked diligently to offer a compromise including stricter regulations, more enforcement and fines and greater parental control.”

A number of states, including California and Vermont, have also placed restrictions on tanning.

What’s your opinion about the new law? Include your comments below or on our Long Island Living Discussion Forum.