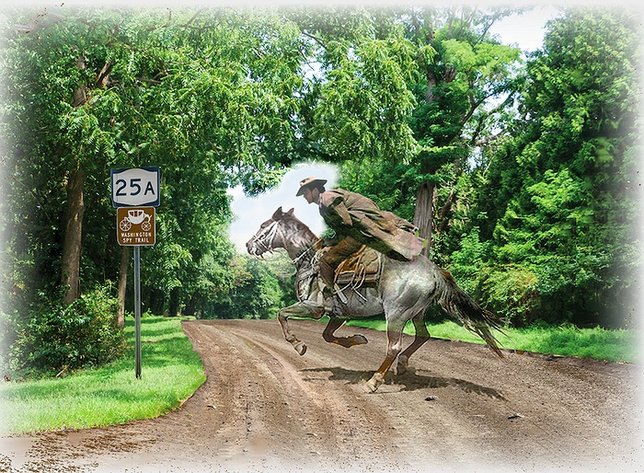 Day 1. Execution Rocks: Take a boat excursion to Execution Rocks lighthouse just off Sand’s Point to learn how British colonial authorities are said to have executed ‘Rebels’ by chaining them to the rocks at low tide, allowing the rising water to drown them. As added torture, the bones of those previously executed were left for the new captives to contemplate. The three hour tour leaves from Port Washington Town Dock on Main Street in Port Washington. Return for an early dinner at a seafood restaurant and evening stroll/shopping in the quaint village.

Day 2. British Occupation and a Network of Spies: Long Island was a center for spy activity during the Revolutionary War and many here were credited by General George Washington for the ‘behind the scenes’ help they gave in winning the war. Although Long Island became a captured British stronghold early in the war at the Battle of Long Island, the ‘spy ring’ here (also called the Culper Spy Ring), was extremely active despite extreme danger, due to its close proximity to British military headquarters in New York. Discover the fascinating tale of one of America’s most important secret spies, Robert Townsend (Culper, Jr.) during a visit to the Townsend family home at Raynham Hall in Oyster Bay. Lunch in Huntington Village and hike and swim at Target Rock National Refuge, which gets its name from a large rock there that the British used for target practice during the Revolutionary War.

Day 3. American Resistance: Visit the Huntington Militia Arsenal where you can experience what life was like for the Common soldier and his family during the Revolutionary War. Also nearby in Huntington is the 1750 David Conklin Farmhouse, which survived the advance of the British who overtook the town during the American Revolution. See where Sybil Conklin lived with her children while her husband, David, was held prisoner by the British. Then explore history at the Huntington Historical Society’s Soldiers and Sailors Memorial Building on Main Street.

Day 4. Center of Spy Activity: Take a guided kayak tour, or a ‘Discovery’ cruise, of the Stony Brook/Setauket area. This part of the Long Island Heritage Trail was the center of spy activity for the Revolution. The spies here supplied General George Washington with the information needed to prevent the British from capturing Newport, Rhode Island, where the French fleet was stationed. Whaleboat man Caleb Brewster carried messages across Long Island Sound where Benjamin Tallmadge, leader of the ring, waited to carry them to Washington’s headquarters. Visit the Brewster House in East Setauket. Stop for lunch at the Country House Restaurant, rumored to be haunted by a young girl accused of treason during the war. Then take a cemetery tour where patriots from the Revolutionary War are buried.

Day 5. Retracing Footsteps: Visit Sagtikos Manor in West Bay Shore. British soldiers and top ranking officers stayed at the manor. But when the war was won, President George Washington toured the area to thank the loyal Patriots, and according to his personal journal, also spent the night at Sagtikos Manor. Have lunch in Babylon Village before an afternoon trip to Long Island’s famous ocean beaches.