“Reel Montauk” screening will be held on Wednesday, December 31, 2014, 3 p.m. at the Sag Harbor Cinema during the Sag Harbor Art Group Inaugural Event. 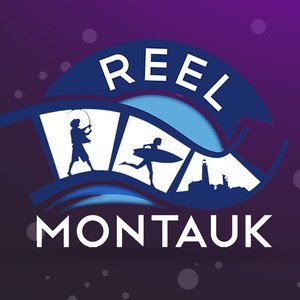 On December 31, 2014 from 8 a.m. until 7 p.m. on New Year’s Eve, the Sag Harbor Cinema will exhibit locally created paintings, sculptures and photography in the lobby, while musicians, actors and poets will have the opportunity to perform original works in the theater’s 480-seat auditorium. Bryan Downey of Bulldog Studios of Sag Harbor is the event’s creator and is well acquainted with local artists through his photography and recoding studios. Bryan is working with Sag Harbor Cinema owner Gerald Mallow to make this local artistic showcase a success.

On New Year’s Eve, the doors to the Sag Harbor Cinema will open at 8 a.m., when bagels and coffee will be served while old movies play in the restored auditorium. Admission is $12 and free to those in need. $2 of every donation will go to WPPB 88.3, the Southampton NPR station. “Reel Montauk” will be shown at 3 p.m., followed by a brief Q. and A. from filmmakers John Barrett and Steve Elliot. Reel Montauk uses old footage, animation, original music, and insightful interviews of long-time local residents to explore the natural beauty and rich history of Montauk. The host of the film is long-time resident Tom Bogdan of Montauk Adventures. Bogdan details the lives of two major Montauk visionaries: Carl Fisher and Herbert Sadkin. The film depicts how their unique visions led to the Montauk of today.