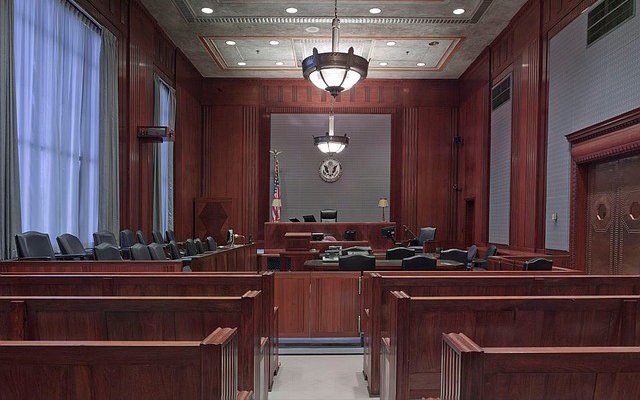 New York, NY - March 23, 2018 - Attorney General Eric Schneiderman announced today that Bank of America Merrill Lynch (“BofAML”) will pay a record $42 million penalty to the State of New York to settle an investigation into fraudulent practices in connection with BofAML’s electronic trading services. As part of the settlement, BofAML admits that, pursuant to undisclosed agreements with so-called electronic liquidity providers (“ELPs”) such as Citadel Securities, Knight Capital, D.E. Shaw, Two Sigma Securities, and Madoff Securities, BofAML systematically concealed from its clients over a five-year period that it was secretly routing its clients’ orders for equity securities to such firms for execution. Attorney General Schneiderman’s investigation uncovered that BofAML made other misleading statements to its clients regarding several aspects of its electronic trading services—statements that made BofAML’s electronic trading services appear safer and more sophisticated than they really were. In addition to paying a penalty to New York State, BofAML admitted that it violated the Martin Act, New York’s securities law, and New York Executive Law § 63(12).
“Bank of America Merrill Lynch went to astonishing lengths to defraud its own institutional clients about who was seeing and filling their orders, who was trading in its dark pool, and the capabilities of its electronic trading services,” Attorney General Schneiderman said. “As Wall Street firms offer increasingly complex electronic trading services, they cannot use new technology to exploit their clients in service of their business relationships with large industry players, like Bank of America Merrill Lynch did here.”
The Attorney General’s investigation revealed, and BofAML admits, that BofAML engaged in a multi-year fraud in connection with the operation of its electronic trading division. Beginning in 2008, BofAML intentionally and methodically concealed from its clients that it was routing millions of their orders for equity securities to ELPs like Citadel, Two Sigma, Knight, and others. Instead, BofAML told its clients that those orders were executing in-house at BofAML. The company  accomplished its fraud by re-programming its electronic trading systems to automatically doctor the trade confirmation messaging sent back to its clients after executions by these firms, in a process that BofAML employees referred to internally as “masking.” “Masking” involved replacing the identity of the ELP to whom the order was routed with a code indicating that the trade occurred in-house at BofAML. BofAML applied its “masking” strategy to over 16 million client orders between 2008 and 2013, representing over 4 billion traded shares.
In order to avoid detection, BofAML also altered post-trade reports called “transaction cost analysis” reports, which are meant to help clients understand where and how their orders are executed. BofAML generated reports that reflected that BofAML was the venue where clients’ trades had executed, even though the trades had actually been executed by ELPs. BofAML also altered client invoices and other written documentation that would ordinarily reveal to clients where their trades had executed.
As set forth fully in the Settlement Agreement, the Attorney General’s investigation also uncovered that BofAML made other inaccurate representations to investors about BofAML’s electronic trading services, in an effort to make the firm’s electronic trading services look more sophisticated and safer than they really were:
A copy of the settlement agreement can be found here.
Today’s settlement is the latest in a series of actions arising from the Attorney General’s Investor Protection Bureau’s initiative related to electronic and high frequency trading. In connection with those efforts, the Attorney General filed an action against Barclays in 2014, after uncovering evidence that Barclays made knowing and systematic misrepresentations to investors about how, and for whose benefit, Barclays operated its dark pool, and that Barclays exposed its clients to the predatory traders from whom it promised to protect them. As a result of its fraud, Barclays grew its dark pool to be the second largest in the United States.  In January 2016, Barclays settled with the NYAG for $35 million, admitted that it violated securities laws, and agreed to install an independent monitor to ensure the proper operation of its electronic trading division.
Also in January 2016, the Attorney General resolved an investigation of Credit Suisse’s practices relating to the operation of its dark pool, then the largest in the United States. The Attorney General found that Credit Suisse had made numerous misrepresentations regarding the operation of its dark pool, leading Credit Suisse clients to believe that they had the ability to avoid trading with high-frequency trading firms whose order flow Credit Suisse itself considered “opportunistic” and detrimental to institutional investors. Credit Suisse settled with the NYAG for $30 million.
In December 2016, the Attorney General announced the resolution of its investigation of Deutsche Bank, which revealed that it too had engaged in fraud in connection with its electronic trading services, in particular in its order routing practices. Deutsche Bank settled with the NYAG for $18.5 million and admitted that it violated New York State securities laws.
Barclays, Credit Suisse, and Deutsche Bank also settled parallel investigations into these matters with the SEC.
As a result of Attorney General Schneiderman’s investigations regarding electronic trading at major Wall Street financial institutions, four firms have now agreed to pay $125.5 million in penalties to the State of New York for their wrongful conduct.
“I urge all members of the financial community to evaluate and if necessary reform your practices around electronic trading services, to ensure that you treat each and every client, big and small, ethically and loyally. For those financial institutions that refuse to do so, we will hold you accountable,” said Attorney General Schneiderman.
The Bank of America Merrill Lynch matter was handled by Assistant Attorney General John Castiglione, Volunteer Attorney Rita Burghardt McDonough, Investor Protection Enforcement Section Chief Cynthia Hanawalt, and Investor Protection Bureau Chief Katherine C. Milgram. The Investor Protection Bureau is part of the Economic Justice Division, which is led by Executive Deputy Attorney General Manisha M. Sheth.