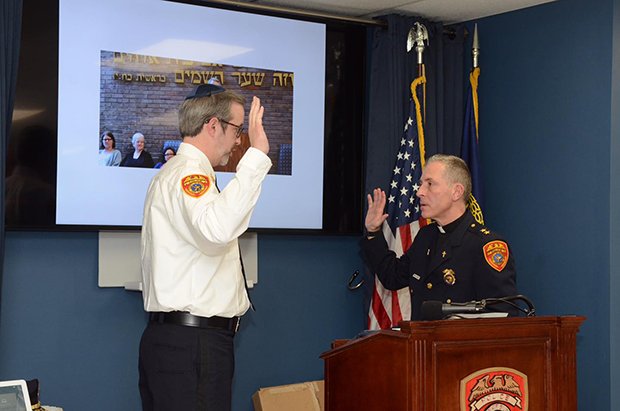 Rabbi Aaron Benson is already responsible for the spiritual leadership of the Port Jefferson Station congregation at North Shore Jewish Center. His leadership and teachings have been long admired in the local Jewish community and out, as he brings representation to many interfaith activities and events. 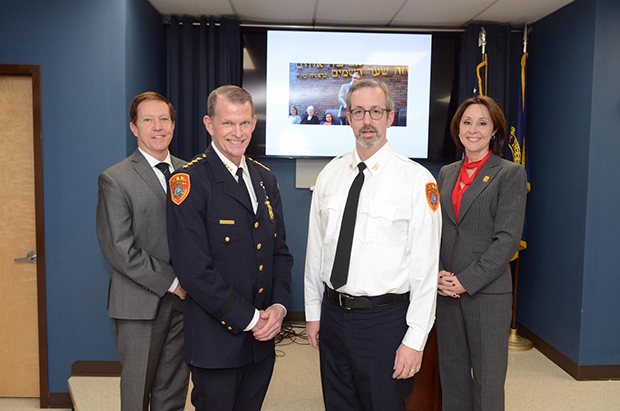 On social media, congregants sent Rabbi benson a hearty Mazel Tov - which is a Jewish term of congratulations and good luck - on his induction.

Rabbi Benson, who is married and father of three children, became a chaplain with SCPD several months ago but was just sworn in by Pastor Michael Staneck, the department’s Chief of Chaplains, on Thursday, March 18.

In a post on Facebook, the SCPD reported that Rabbi Benson said he is honored to join the department and inspired by the public service of SCPD members.