For Mike Stone: "It just makes you feel good that you can possibly do a little more to help the veterans who sacrificed so much for their country. I do whatever I can.” 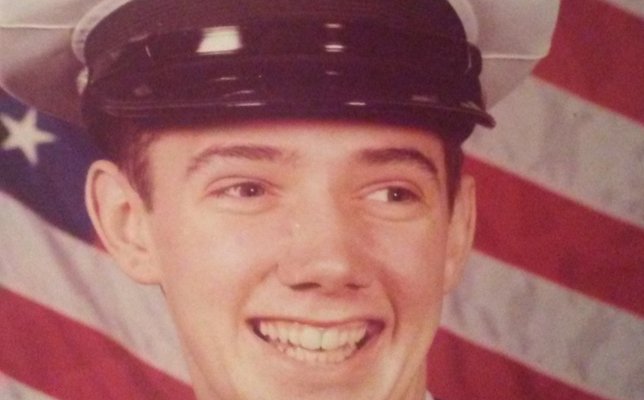 Mike Stone of West Babylon back in 1977 upon joining the U.S. Navy.

For Mike Stone of West Babylon, a U.S. Navy veteran who served his country from 1977 to 1980, his service to his brothers-in-arms didn’t end when he returned to civilian life; it’s continued through the years ever since to this very day. 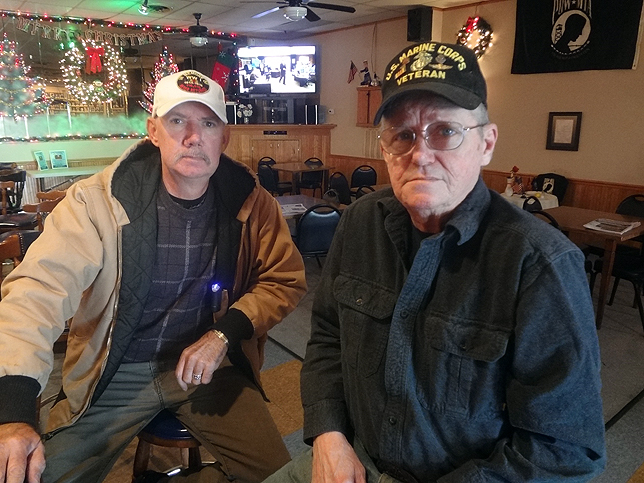 Heavily involved in the local volunteer scene, Stone pitches in wherever and whenever he can; while involved in multiple aspects of veterans’ services in the Long Island area, he spends a good chunk of his personal time volunteering at the Northport Veterans Affairs (VA) Medical Center; run by the Veterans Health Administration of the United States Department of Veterans Affairs, hospitals such as the Northport VA focus on post-war adjustment, counseling and outreach services for veterans and their families.

“It’s important for me to do my part for my fellow vets, so I volunteer at the VA Hospital one day a week, working at their call center,” he said. “My fellow volunteers and I, we answer the phones, we dispatch volunteers van drivers that pick up veterans up from their homes and drop them back off after they finish their treatments. I am proud to be a lifetime member of Disabled American Veterans, and I do whatever I can to help my fellow vets.” 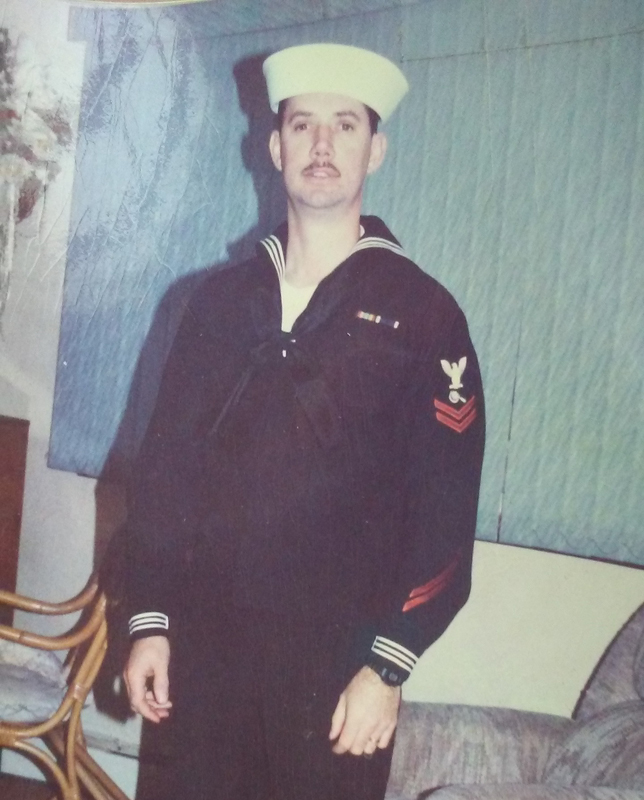 Mike Stone of West Babylon back in 1977 upon joining the U.S. Navy. Photo Credit: Mike Stone.

Stone, led down the path to military service by the inspiration of his grandfather, himself a World War 1 vet, as well as his father’s service in the Merchant Marines and Coast Guard, joined the U.S. Navy in 1977 and soon found himself stationed in Asia, where he was shuffled around to numerous different countries throughout the region. After serving with distinction he returned back to the United States and civilian life in 1980, but his association with the Armed Forces didn’t end there; he soon joined the Coast Guard auxiliary and American Legion Post 94 in his home town of Babylon, and remains active in both organizations to this very day.

Stone also got heavily involved with Disabled American Veterans (DAV), an organization with over 1.3 million members that was chartered by the United States Congress for disabled vets of the United States Armed Forces that helps them and their families through various means, and it is through DAV that he feel he does the most good for those in need. Stone himself suffered a disability during his service – while maintaining and repairing diesel engines on submarines, the loud environments he was continuously subjected to eventually resulted in a diagnosis of tinnitus, a hearing ailment that he continues to deal with to this very day.

“The Navy gave me a ten percent disability, and they pay for 100 percent of my treatment benefits,” he said. 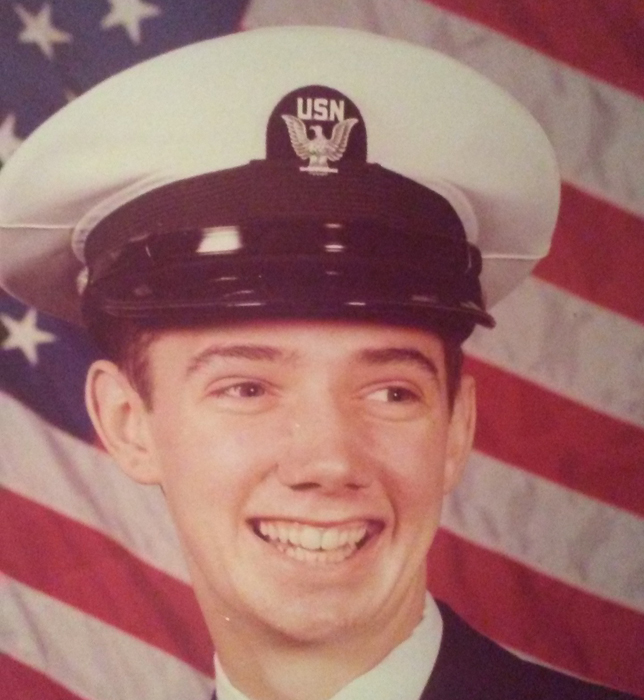 Mike Stone of West Babylon back in 1977 upon joining the U.S. Navy. Photo Credit: Mike Stone.

When he’s not going out of his way to provide a helping hand for his fellow men and women of the Armed Forces, Stone is the owner of Long Island StairRider, a company that installs motorized lifts in homes and buildings to make ordinarily-inaccessible areas accessible by those suffering with a handicap or disability.

“My company only installs and repairs stair lifts, and we do that on an active basis 24 hours a day, 7 days a week,” he said. “I've owned the business for about 10 years, and I got into it when a friend of mine who was working in a hospital emergency room told me that there was a big need for this type of thing. Since starting the business we've installed lifts in places such as synagogues, churches, schools, hospitals...there a lot of people out there that need this. My chairs use the highest technology available, and if anyone ever wants to just call me up and ask questions I'm available anytime.”

However, for Stone – as it is with most things in his life – the line between business and charity soon became blurred as well, and after the Babylon American Legion has motorized lifts installed in its stairways to make their upper floors accessible to the elderly or infirm during catering events, Stone volunteered his skills in repairing and maintaining the lifts for zero cost…except for the occasional frosty brew at the Legion’s bar, of course. 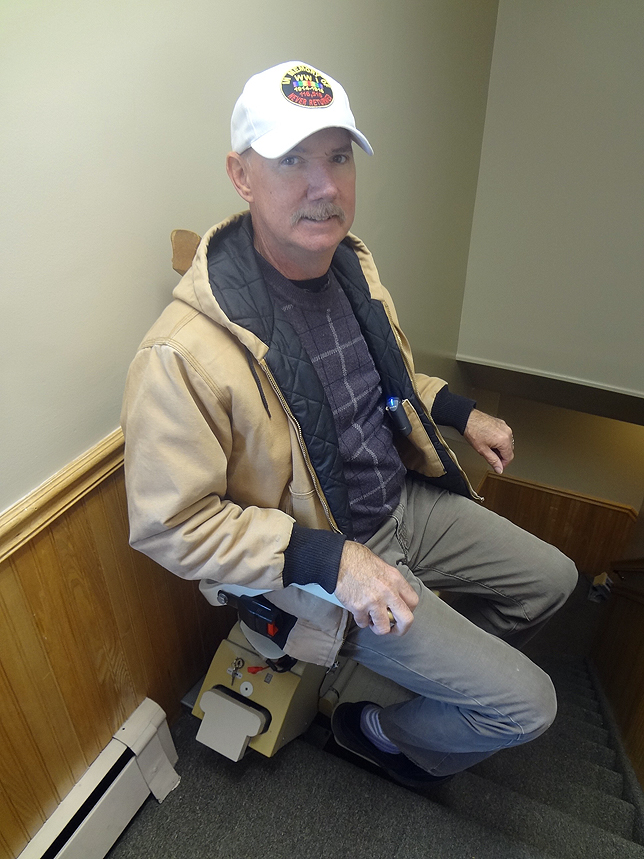 Stone is also an active member of the American Legion Post 94 in Babylon, where he’s been donating his expertise with motorized stair lifts to the betterment of his fellow vets. He noted that, due to his lifelong involvement in the military, giving back to his fellow vets is vital; therefore, whenever needed, Stone happily services and repairs the stair lifts at American Legion Post 94 at no charge.

“I do the repairs for free…as far as the whole thing goes, I do whatever I can for them,” he said. “As a veteran, you feel camaraderie with the guys. It just makes you feel good that you can possibly do a little more to help the veterans who sacrificed so much for their country. I do whatever I can.”

Long Island StairRider installs approximately 300 lifts a year, and anyone interested in finding out more about Mike Stone and his business – or if you’re interested in volunteering to help veterans yourself – you can contact him via phone at 631-278-1940 or visit LongIslandStairRider.com.