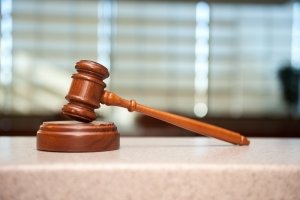 New York, NY - March 20, 2014 - Earlier today, in federal court in Brooklyn, Taleek Brooks, a former teacher’s aide at a public elementary school in Brooklyn, was sentenced to 50 years’ imprisonment following his conviction for the production and distribution of child pornography.

“Today’s sentence stands as a strong warning to child predators, especially those who take advantage of the trust that the public and parents place in them to educate and protect our children, that we will not tolerate the victimization of our children,” stated United States Attorney Lynch. ‘The prevention of sexual exploitation remains a priority of this office and child predators are on notice that we will prosecute them to the fullest extent of the law.” Ms. Lynch expressed her grateful appreciation to the Federal Bureau of Investigation.

A FBI forensic examination of the equipment revealed that Brooks had produced child pornography. In a folder that Brooks had labeled “Special,” investigators recovered videos of a young boy performing sexually explicit acts at Brooks’ direction. Brooks can be seen and heard on the videos directing the child to masturbate, and on one of the videos, the defendant himself is seen molesting the victim child. Investigators later confirmed that the young boy was a former student at Public School 243 and that Brooks produced the videos on at least seven different occasions between 2010 and 2011. All the videos were produced in school classrooms.