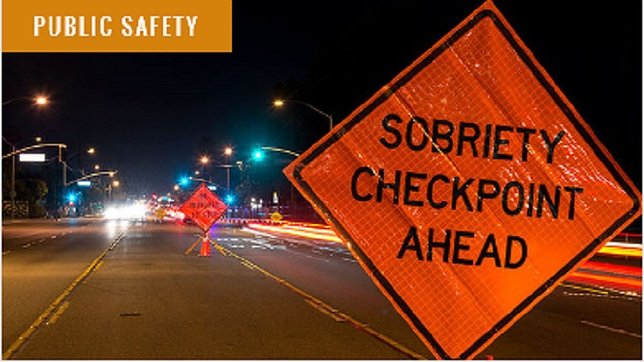 In addition to the enforcement campaign, State Police will be ticketing distracted drivers using handheld electronic devices. Investigators from the State Department of Motor Vehicles will also be conducting underage drinking and fake ID prevention operations in cooperation with the State Liquor Authority. SLA Investigators will focus on sales to intoxicated patrons, disorderly premises and licensees that illegally allow patrons to take alcohol to go.

During the 2016 St. Patrick’s Day weekend enforcement effort, Troopers made 257 arrests for DWI and issued more than 17,000 tickets. In addition, local law enforcement agencies, encompassing 39 counties and 140 agencies, participated in the 2016 St. Patrick’s Day crackdown, which resulted in 128 DWI/DWAI arrests, 14 DWAI-Drug only arrests, 143 other arrests, and 1,802 vehicle and traffic summonses.

The traffic enforcement is funded by the Governor’s Traffic Safety Committee, which recently launched a PSA playing on broadcast TV stations across the state to encourage New Yorkers to drive responsibly this St. Patrick’s Day. The PSA is also running in all 27 Thruway travel plazas and on 25 screens in state-operated DMV offices. The PSA can be viewed .

Additionally, the New York State STOP-DWI Foundation and GTSC "Have a Plan" mobile app enables New Yorkers to locate and call a taxi service and to program a designated driver list. The app, which is available for Apple, Droid and Windows smartphones, also provides information on DWI laws and penalties, and provides a way to report a suspected impaired driver.

New York State Police Superintendent George P. Beach II said, "The State Police and local law enforcement will be vigilant in their patrols throughout the state this St. Patrick's Day. If you drink and drive there will be serious consequences. There is nothing wrong with celebrating as long as you celebrate responsibly. If you are going to be drinking this St. Patrick's Day, have a plan and designate a sober driver. By planning ahead, you can prevent a senseless tragedy and help us keep New York roadways among the safest in the nation."

DMV Executive Deputy Commissioner and GTSC Acting Chair Terri Egan said, "St. Patrick's Day is a March tradition that millions of people celebrate every year. In 2017, we are taking our message of awareness and enforcement to new heights. Our new PSA, which is being broadcast all across New York, encourages responsible driving behaviors, while state and local officials will be out in force this coming St. Patrick's Day week, checking for fake IDs and protecting motorists from harm. I encourage all New Yorkers to have a solid travel plan in place this St. Patrick's Day."

SLA Chairman Vincent Bradley said, "As underage drinking too often leads to reckless behavior with tragic consequences, keeping alcohol out of the hands of young New Yorkers is a top priority for the State Liquor Authority. We are committed to partnering with the State Police and DMV to help ensure safe and happy St. Patrick's Day celebrations."

St. Patrick's Day is one of the deadliest holidays due to the number of drunk drivers on the road. According to the National Highway Traffic Safety Administration, the St. Patrick’s Day holiday period from 2010 to 2014 saw the loss of 266 lives due to drunk-driving crashes. In 2014, 29 people – a total of 28 percent of all crash fatalities – were killed in drunk-driving crashes over the St. Patrick's Day holiday period. Drunk driving kills more than 10,000 people each year in our country. One person every 53 minutes dies of an alcohol related crash and every one of those deaths is preventable. Choosing to drive drunk can ruin or end your life or someone else’s. This St. Patrick's Day, drunk drivers will face jail time, a revoked license, higher insurance rate, and dozens of unanticipated expenses. An impaired driving charge carries a maximum fine of $10,000.

In order to enjoy a safe holiday without jeopardizing lives on the road, the New York State Police, GTSC and NHTSA ask New Yorkers to commit to the following easy steps: