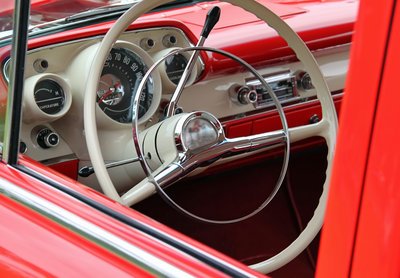 This year’s festivities will begin on Saturday with a collector car auction; viewing to begin at 10:00 a.m., the gavel drops on the auction at noon as auctioneer David R. Maltz auctions off some of the finest collector cars in the area including a fully documented Motion Performance 1987 Monte Carlo SS built by the famous car builder Joel Rosen. A portion of the auction proceeds will be donated to The Nassau Hurricane Recovery Fund, Inc. A free live concert featuring Eddie Money will begin at 4:00 p.m. at the Harry Chapin Lakeside Theatre. This performance is part of the Summer Concert Series at the Lakeside Theatre, which is made possible through proceeds collected from visitors staying in hotel and motel rooms throughout Nassau County.

On Sunday, more than 1,000 vehicles of all makes, models and years will gather at 7:00 a.m. at Briarcliffe College. The parade will begin at 9:00 a.m., heading south on Stewart Avenue to Hempstead Turnpike before ending at Eisenhower Park. Spectators are encouraged along the parade route.

Upon the parade’s arrival at Eisenhower Park, County Executive Mangano will host a car show featuring great looking vehicles from all segments of the motor-sports hobby. County Executive Mangano will award trophies in many categories including: The County Executive Cup (The Best in Show), The First Lady’s Trophy, & The Car Show Committee Favorite. The event includes live entertainment, vendors selling items ranging from automobile accessories to cosmetics and plenty of food. There will also be various activities and entertainment for the entire family including a memorabilia and gift basket auction that will benefit Winthrop University Hospital’s Cancer Center for Kids. Celebrity appearances include Hollywood Car Builder George Barris, the cast of Discovery’s Carfellas, and other surprise guests.