Assemblyman Todd Kaminsky today expressed his adamant opposition to the legalization of powdered alcohol in New York State and his strong support of legislation to stop its sale (A.1357) after it was approved on Tuesday ... 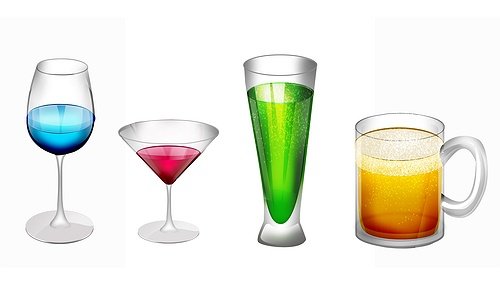 Photo by: miamiamia, via Free Images.

Albany, New York - March 13, 2015 -  Assemblyman Todd Kaminsky today expressed his adamant opposition to the legalization of powdered alcohol in New York State and his strong support of legislation to stop its sale (A.1357) after it was approved on Tuesday by the Alcohol and Tobacco Tax and Trade Bureau (“TTB”).
“I strongly disagree with the TTB’s decision to legalize this dangerous substance,” said Assemblyman Kaminsky, a former government prosecutor. “I am proud to co-sponsor legislation outlawing Palcohol in New York, and will fight hard to ensure that this product does not reach our state, where it could then be easily procured and abused by our youth.”
Powdered alcohol, which has come to be known as “Palcohol,” is freeze-dried alcohol that can be mixed with water or other substances to create an alcoholic beverage. It was approved for consumption by the Food and Drug Administration (“FDA”) in Summer 2014, but had not been federally legalized for sale.
“This recent move by the TTB creates great potential for abuse of alcohol by minors and adults alike,” Assemblyman Kaminsky said. “By making a highly regulated substance easy to conceal, it increases the chances illegal use, such as smuggling it into public events or schools where alcohol is banned, or even spiking other people’s drinks.”
Judi Vining, Executive Director of Long Beach AWARE (formerly Coalition to Prevent Underage Drinking) and Co-Chair of the New York State Environmental Prevention Task Force, stressed the danger of this product on teenage drinking.
“Alcohol is still the number one drug of choice for teens in New York State,” Ms. Vining said in a statement. “This new product is extremely dangerous. It has major potential to be easily concealed, snorted, over-used, combined with other alcohol products, including energy drinks… We must protect our citizens from the imminent danger it presents – especially to New York’s most precious natural resource, our youth.”
Assemblyman Kaminsky began his career as a prosecutor in the Queens District Attorney’s office, handling domestic violence cases, robberies, shootings and other violent crimes. He then became a federal prosecutor representing Long Island, Brooklyn and Queens, prosecuting drug kingpins and other major felons.