Donated space will help improve Island Harvest's food collection and distribution to those in need on the East End; will also serve as a distribution point for disaster preparedness in Eastern Suffolk County. 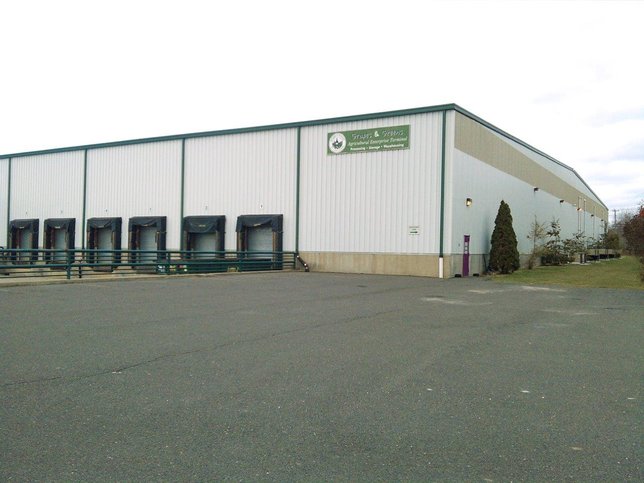 J. Kings Food Service has agreed to let the nonprofit food bank use the dry storage facility, at 2711 Sound Avenue, under a 20-year, no-cost lease. The warehouse space will help facilitate the collection and distribution of food (in particular, fresh fruits and vegetables donated by the local farming community) to those in need on the East End of Long Island. The warehouse will also serve as a distribution point for disaster relief in Eastern Suffolk County, as Island Harvest Food Bank is a lead agency in the region’s emergency-response preparedness for food and product distribution.

“The Calverton site, generously donated by J. Kings, will be a strategic element in the efficient flow of food to those in Eastern Suffolk who are facing hunger and food insecurity,” said Shubin Dresner. “The proximity of the warehouse to East End farms enables Island Harvest Food Bank to provide top-quality, nutritious fruits and vegetables to the population in need of our services.”

“Island Harvest Food Bank and those we serve are grateful to John King for recognizing the need to increase our food sourcing and distribution on the East End, and taking positive steps to make storage space available on a long-term basis,” stated Shubin Dresner. “We also thank the members of the Long Island Farm Bureau for their continued support, and Suffolk County Executive Steve Bellone for his assistance in helping to secure this strategic location.”

“The Island Harvest Food Bank now has the opportunity to enhance and diversify its food collection and distribution operations due to the generous donation by J Kings Food Service,” said County Executive Steve Bellone.  “Both organizations are to be applauded for their commitment to addressing food insecurity within our region.”

About Island Harvest Food Bank
Island Harvest Food Bank is a leading hunger-relief organization that provides food and other resources to people in need. Always treating those it helps with dignity and respect, its goal is to end hunger and reduce food waste on Long Island through efficient food collection and distribution; enhanced hunger-awareness and nutrition-education programs; job training; and direct services targeted at children, senior citizens, veterans, and others at risk of food insecurity. As a result of Island Harvest Food Bank’s dynamic business model, more than 94 percent of expended resources go directly to programs and services that support over 316,000 Long Islanders facing hunger. Island Harvest Food Bank is a lead agency in the region’s emergency response preparedness for food and product distribution, and is a member of Feeding America®, the nation’s leading domestic hunger-relief organization. Island Harvest is a four-star-rated nonprofit by Charity Navigator, an independent charity watchdog organization. More information can be found at www.islandharvest.org.