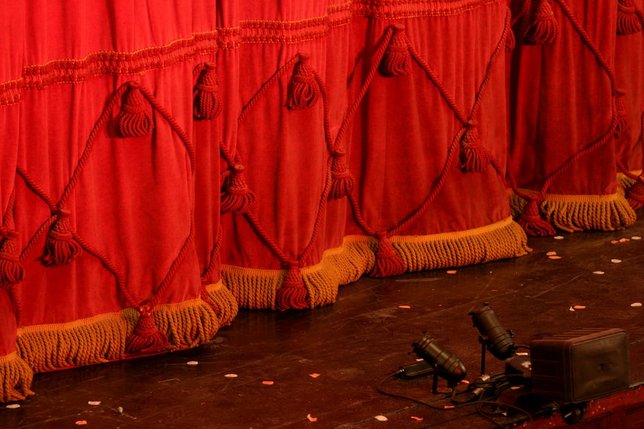 No need to wait for the ground the thaw to see the work of Shakespeare at Shakespeare on the Park events, Hofstra University is bringing his work to Long Island  and no one has to sit out in the cold.

His work has been read and adored for centuries after his passing; Now, his work comes to Long Island. Hofstra University brings Shakespeare’s Anthony and Cleopatra to life in celebration of Shakespeare’s contribution to literature and drama in the 64th Annual Hofstra Shakespeare Festival. Beginning in 1950, Hofstra’s festival has re-enacted Shakespeare’s canonized and non-canonized literature for Long Islanders and New Yorkers alike.
Showing their own imagining of Anthony and Cleopatra, Hofstra delivers one Shakespearean piece throughout the festival. This year from Thursday, March 14th to Sunday, March 24th Hofstra University invites all to visit for a night of culture and theatre representing keys issues of the human form; the struggle between reason and emotion, the clash between Eastern ideals and Western values, and diverse definitions of honor and duty.
The festival welcomes all with low prices and varied showings throughout the week:
Admissions for the general public at twelve dollars per person, senior admissions is ten dollars, as well as, matriculated Hofstra students with a valid ID.
So if you are a Shakespeare buff or someone looking to enrich your cultural knowledge and change your typical evenings or Sunday afternoons in Long Island, come visit Hofstra University  and witness one of Shakespeare’s most complex, entertaining and deviant dramas, less well-known dramas. See what other surprising cultural and unique entertainment Long Island has to offer.