Agreement Removes Barriers Impacting Unaccompanied Minors And Other Undocumented Youth Seeking To Enroll In The District. 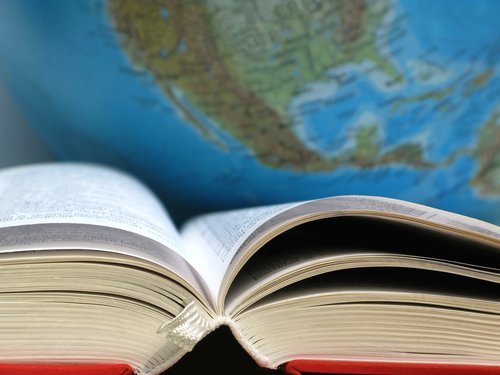 Westbury, NY - March 2nd, 2016 - Attorney General Eric T. Schneiderman today announced an agreement with the Westbury Union Free School District to ensure educational access for students regardless of their immigration status, and to prevent the diversion of immigrant students into non-degree bearing programs.

Among other things, the district agreed to retain an ombudsman who will provide new internal oversight over enrollment and academic placement policies within the district, to retain an independent monitor to ensure that the district enrolls and places students in compliance with the law, and to offer compensatory educational services to students who experienced enrollment delays or academic diversion in the three years between 2012 and 2015.

“Education is the bedrock of our American democracy, and every child in our country – no matter where they were born – deserves the chance to attend school and seek a diploma,” said Attorney General Schneiderman.

“I am pleased that the Westbury District has agreed to come into compliance with the law and that it will also provide additional services to any student who was, until now, unable to enroll in their local school or attend a degree-bearing high school program. We will continue to work tirelessly with school districts across New York State to ensure that every child is treated equally and has full access to the tools needed to become productive members of society.”

In October 2014, the Attorney General and the New York State Education Department (SED) launched a joint review of enrollment policies and procedures of school districts in Nassau, Suffolk, Westchester, and Rockland Counties, including the district – counties that had experienced a significant influx of unaccompanied minors from Central and South America – in order to determine whether those districts were impermissibly discriminating against students or prospective students on the basis of immigration status.

Following the joint review with SED, in September 2015 the Attorney General opened a formal investigation into the district. The investigation found that, beginning in the summer of 2012 and continuing through the fall of 2015, the district denied or delayed the enrollment of numerous students who sought to enroll, many of whom are unaccompanied minors originating from Central and South America, and many of whom who were not U.S. citizens at the time they sought to enroll.

These delays in enrollment lasted as long as six months and were achieved through a variety of methods, including written inquiries in the district’s enrollment materials concerning the citizenship and immigration status of prospective students, e.g., requests for Social Security Numbers and express questions about their citizenship or national origin.  These enrollment delays were also caused by district requirements for proof of residency and age that exceeded requirements set forth in state law, as well as oral inquiries by district employees concerning the national origin of prospective students at the time they sought to register.

The investigation also found that the district had an unwritten policy of excluding English language learners over the age of sixteen - many of whom were recently arrived immigrants – from the district’s only public high school, and diverting these students into non-degree bearing alternative education programs.

The Attorney General identified nearly two dozen students who were told that they could not enroll in the district’s only high school because they were too old, but could instead enroll in high-school equivalency or English as a Second Language (“ESL”) classes with limited academic offerings.  The investigation found that students diverted into these programs remained in them – without regular evaluation by the district – between one and three years.

The Attorney General’s investigation confirmed that the district’s policies and actions were inconsistent with federal and state law, including the U.S. Supreme Court’s holding in Plyler v. Doe – which held that the U.S. Constitution guarantees equal protection for undocumented children – and was likely to, or could potentially, chill or discourage undocumented students from enrolling in the districts.

The agreement entered into between the Attorney General and the district requires the district to do the following:

Westbury Union Free School District joins 21 other school districts across New York State that have entered into agreements with the Attorney General’s Civil Rights Bureau to ensure that all students are able to enroll in public school regardless of immigration status.

Javier H. Valdés, Co-Executive Director of Make the Road New York, said “Many of the unaccompanied minors in New York are children who have suffered trauma, either in their home countries or en route to the U.S. We must ensure that these young people receive the care they need and are  able to attend  school here in New York.  The members of Make the Road New York thank the Attorney General for standing with these courageous young people and taking such important steps to eradicate the significant barriers they face in this country.”

"As recently arrived Central American children started settling on Long Island, we started to see them be deliberately shut out of basic educational opportunities—being able to enroll in local schools, or accessing academic materials that would help them graduate on time,” said Steven Choi, Executive Director of the New York Immigration Coalition.

“We commend Attorney General Eric Schneiderman for making sure school districts across New York are complying with state and federal laws that ensure recently arrived immigrant children are given the rightful opportunities to be their best selves in the country they now call home. The Coalition will continue to work with the Attorney General's office to ensure educational access is provided for all students regardless of their immigration status or national origin."

"Catholic Charities has long been committed to helping New York State welcome all immigrants, be they families seeking to reunify, refugees, day workers, or children. Our mission is rooted in the respect for the inherent dignity of each person and in striving to create a just and compassionate society.

We are heartened by the many efforts that have been made to bring about greater inclusion of vulnerable children into our schools and applaud this agreement; it is a first step towards giving them a more lasting welcome and an opportunity to make contributions that will be and have been a lasting part of our history," said C. Mario Russell, Director of Immigrant and Refugee Services, Catholic Charities.

This matter is being handled by Assistant Attorneys General Justin Deabler and Ajay Saini of the Civil Rights Bureau, with the assistance of bureau support staff.  The Bureau is part of the Division of Social Justice, which is led by Executive Deputy Attorney General for Social Justice Alvin Bragg.