Up to 3.5 Inches of Rain, gusts of wind up to 70 MPH, and possibly some snow expected, NWS reports. 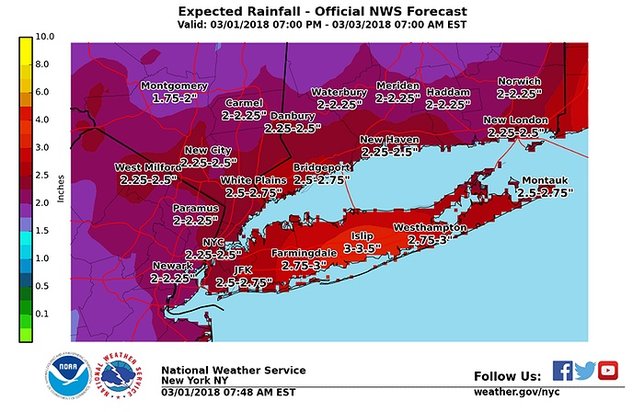 A map of the projected rainfall by the nor'easter due to hit Long Island this Friday into Saturday.

Long Island, NY - March 1, 2018 – Weather in our region has been all over the map in recent weeks, ranging from near spring-like bouts of warmth to blizzard-like conditions and nearly everything in-between. And once again, the forecast is calling for yet another fairly extreme shift in local conditions in the form of heavy rain and wind for this upcoming weekend, according to the National Weather Service (NWS).
A nor'easter is due to hit Long Island from Friday until Saturday morning, which is expected to bring gusts of wind as powerful as 60-70 miles per hour and up to 3.5 inches of rain in some areas; this could result in as much as 2-3 feet of flooding in coastal regions, the NWS says. In addition, the forecast calls for the rain to possibly transition into snow at some point, with a small chance – approximately 10 percent – of accumulation in the amount of 1-3 inches. 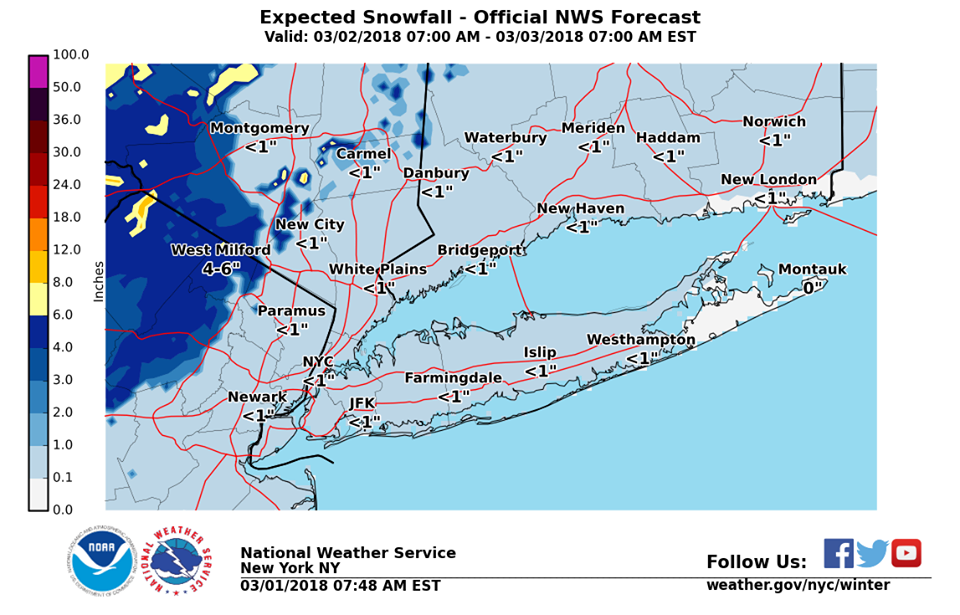 Photo Credit: NWS
The NWS has issued the following warnings/watches for our area in reaction to the impending nor'easter:

The NWS has released the following statement regarding the nor'easter and its expected impact upon the Long Island region, noting that residents should expect and prepare for power outages; in addition, they advised caution when traveling – especially in low-lying coastal areas, where flooding is most likely – and urged residents to do so only when absolutely necessary. 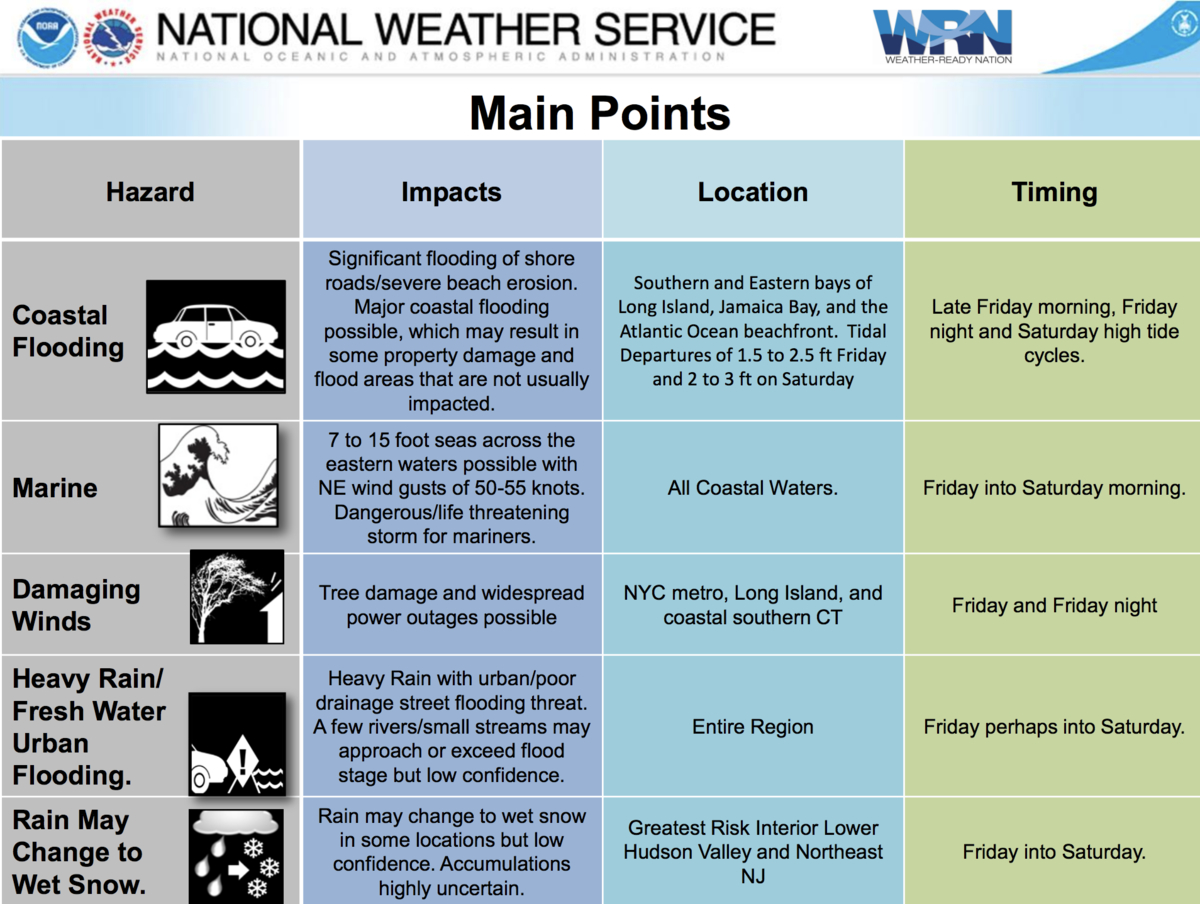 Photo Credit: NWS
The complete, day-by-day forecast for this weekend is as follows:
Residents should make sure they have flashlights, blankets, batteries, and ample food and water available in case of an emergency, officials say, in addition to an evacuation plan if flooding becomes a serious issue in their area.
PSEG Long Island has issued a statement indicating their readiness in the face of any potential power outages that may occur during the storm, noting they they regularly prepare in anticipation of such events.
“PSEG Long Island works throughout the year to prepare for extreme weather and to make sure the energy grid is reliable,” they said. “We are continually trimming trees away from power lines, enhancing technology to detect outages and working on FEMA reliability projects across the service territory - all in order to provide greater reliability and to help prevent outages during storms.”
To report and receive status updates on an outage residents can text OUT to PSEGLI (773454) or to report an outage online, visit www.psegliny.com.