A teen and a woman were held against their will; a woman stole a pocketbook and attempted to use a credit card. 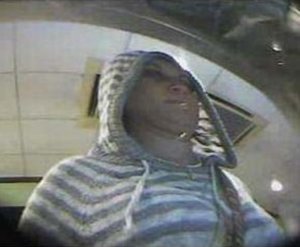 Lindenhurst Man Holds Two Women against Their Will for Prostitution
A Lindenhurst man was arrested on Tuesday after police issued a search warrant for his home on North Green Avenue and found two women being held against their will and forced into prostitution.

Andy Gayot, 35, has been taken into custody. The Suffolk County Police Department, along with the Suffolk County Probation Department and the Federal Bureau of Investigation, arrested Gayot. A 15-year-old who had run away from home was one of the victims found at the defendant’s home. A 21-year-old woman was the other victim found at the residence.

Police Search for Grand Larceny Suspect
Nassau County Police are searching for a woman who stole a pocketbook and attempted to use the victim’s credit card. The suspect (pictured) was caught on security camera attempting to use the credit card at an ATM.

The suspect, who is female, stole the pocketbook while at a Stop and Shop in Woodbury. Less than ten minutes after stealing the pocketbook, the suspect attempted to use the card at an ATM machine at a Chase Bank in Syosset.

The suspect is wanted for Grand Larceny. Anyone with information regarding this crime is encouraged to call Crime Stoppers at 1-800-244-TIPS (8477), all calls will be kept anonymous.