At the end of February 2015, Pamela Green will celebrate 30 years as the Executive Director of the Kent Animal Shelter. 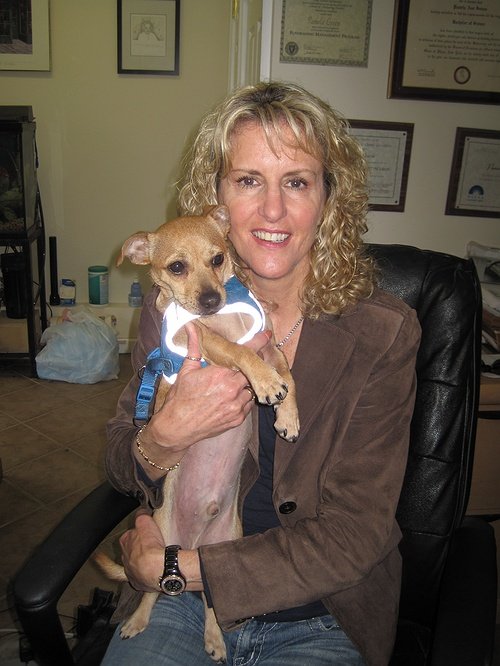 Calverton, NY - February 19, 2015 - At the end of February 2015, Pamela Green will celebrate 30 years as the Executive Director of the Kent Animal Shelter in Calverton, NY. The following is a message to the media from Pam Green:

I want to thank you in the media from the bottom of my heart for your continued support. The media have been essential to the Kent Animal Shelter’s success. Please help me celebrate this milestone with an article, interview or other mention of the Kent Animal Shelter so we can continue the mission, build a new facility, and live another day to love animals.

“On February 28th, 1985, I took on a challenge that would change the course of a little known shelter for homeless animals that had been established on the North Fork of Long Island in 1968.

Back then, there were about three employees to take care of the handful of animals that were still residents at the shelter. The Board of Directors of the time had vowed to try and keep the shelter open as financial difficulties and lack of leadership threatened to close their doors.

I knew my life's work would in some way involve helping animals and when this opportunity presented itself, it seemed to be a calling. I attended Cornell University with the intention of pursuing a career in Veterinary Medicine, but this open door led me down a different path and I knew a long time ago that this was my mission.

I had to quickly learn the art of fundraising, still one of the biggest challenges today because without the support of those dedicated to making a difference in the lives of homeless animals, the shelter would not be able to continue its work. So I pursued a degree in Fundraising Management at C.W. Post College and joined the National Society of Fund Raising Executives, later serving on the Board.

Today Kent Animal Shelter is a well respected and well know institution in the animal welfare field. In 2009, we received honors on a national level as "Shelter of the Year." Our reach stretches beyond the town shelters of Long Island to rescue animals in high kill shelters in the South and when possible, puppy mill castaways in the Mid West. In 2014, with over 750 adoptions, 711 animals rescued and 4000 low cost spay/neuter surgeries, Kent is a howling success after 47 years.

The next hurdle is building a new facility, something very much needed to improve and expand upon our capacity to reach out to an even larger population of abused, abandoned and homeless animals. No one person is an army. It takes a strong circle of support and a good deal of initiative but anything is possible.”

Kent Animal Shelter is a 501C3 organization establishd in 1968 in Calverton, NY that provides a no-kill haven for homeless animals, adoption services, a spay/neuter clinic, and humane education. More information is available at the website.