Governor Cuomo directed the DEC to undertake an immediate engineering investigation to expedite containment of the groundwater plumes contaminated in Nassau County. 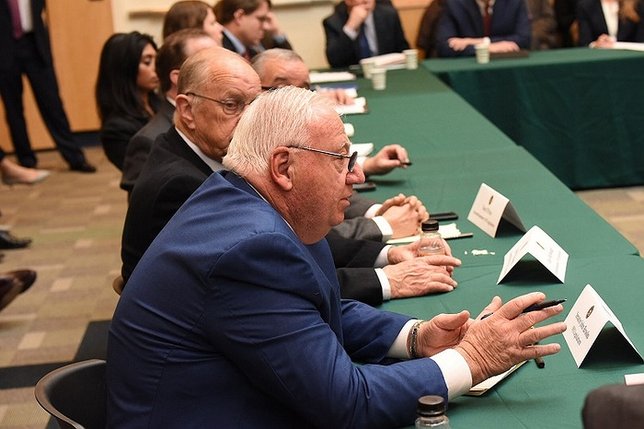 This investigation will assess expedited cleanup options, including full containment of the plumes, in order to ensure the contamination does not threaten additional drinking water wells. These new aggressive actions are part of New York’s ongoing efforts to hold the polluters accountable and utilize state Superfund resources to address the movement of groundwater contamination. 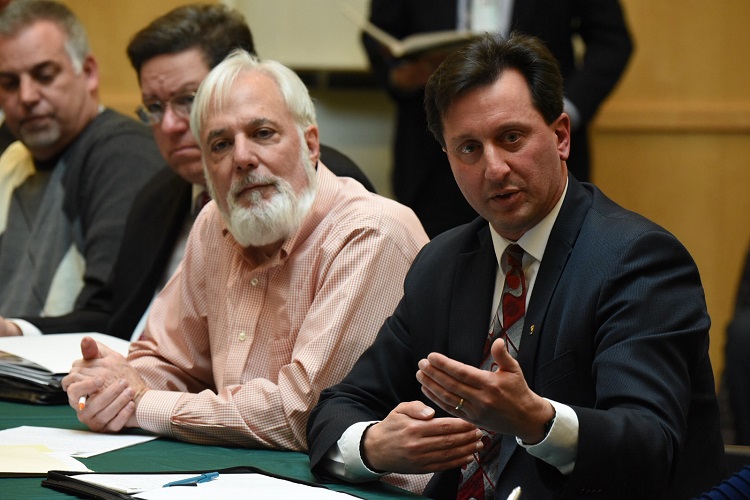 “Protecting New York’s drinking water is critical and is a top priority for this state,” Governor Cuomo said. "This new engineering investigation will advance an aggressive and expedited cleanup to ensure Long Islanders have access to clean water resources. Our budget proposal includes a record $2 billion for clean water infrastructure, and the Water Quality Rapid Response team continues to proactively combat potential water contamination in communities across our state.”

“DEC will continue to use all our legal authorities to hold Northrop Grumman and the Navy accountable and ensure they expeditiously advance and pay for the necessary remediation of this groundwater contamination plume,” DEC Commissioner Basil Seggos said. “The new engineering investigation will provide critical insights and actionable recommendation to ensure the cleanup is faster and more protective for the surrounding community.”​

Today’s actions will build on past findings and comments received from water districts and other experts to provide a more robust and detailed assessment of remedial options. Earlier assessments of full hydraulic containment lacked critical details on a number of outstanding issues, including the reuse or recharge of any extracted and treated water.

The new investigation will include field surveys and engineering analyses to fully identify the feasibility of options to contain the contamination plumes. Specifically, this effort will:

The details of the state’s new engineering investigation were outlined at a roundtable discussion on Long Island water quality organized by Governor Cuomo at SUNY Farmingdale. The conversation focused on addressing recent threats to local groundwater resources, including trichloroethylene and unregulated contaminants such as 1,4-dioxane. The following individuals participated in the conversation regarding the state's ongoing actions to address emerging threats to water quality:

DEC contractors will immediately begin synthesizing current information and reports and identify the necessary field work that will begin in the spring of 2017. DEC expects to release preliminary findings for public review by the end of 2017.

The investigation will also analyze how the alternatives evaluated relate to and supplement remedial actions already underway or proposed at the U.S. Navy and Northrop Grumman facilities. The cleanup of contamination at this state Superfund site is being conducted by Northrop Grumman and the U.S. Navy under multiple Consent Orders and agreements with New York State. DEC is requiring the two parties to remediate soil and groundwater contamination found in the contamination plumes nearly three miles long by one mile wide.

DEC will consider the new engineering analysis in accordance with Federal and State Superfund laws, and if the state’s evaluation requires full containment, DEC will require Northrop Grumman and the U.S. Navy to conduct and pay for all necessary remedial actions. The state has also commenced a Natural Resource Damages Assessment to quantify the impact to groundwater resources and obtain funding from the responsible parties to support critical ecosystem restoration projects.

Today’s roundtable at SUNY Farmingdale builds on the discussion about Long Island water quality held at SUNY Stony Book’s Center for Clean Water Technology held on February 11th. Following last weekend's roundtable, DEC and DOH announced that New York State is formally calling on the U.S. EPA to establish an official drinking water standard for the federally unregulated contaminant 1,4-dioxane. Under the federal Safe Drinking Water Act, the EPA has primary authority to regulate drinking water quality. The Maximum Contaminant Level is the legal threshold set by the EPA limiting the amount of a given substance in public water systems. In a letter to the EPA, Governor Cuomo made clear that this is a national issue, but if the federal government does not take action to regulate 1,4-dioxane, New York will move to set a state MCL.

Commissioner of Health Dr. Howard Zucker said, "Access to clean drinking water is one of the defining issues of our time. Under Governor Cuomo's leadership the state will continue its commitment to addressing 1,4-dioxane and other emerging contaminants with robust funding, innovative technologies, and aggressive action by the Water Quality Rapid Response Team."

To date, the EPA has not only failed to issue an MCL for 1,4-dioxane, but an existing federal loophole exempts public water systems serving less than 10,000 people from even testing for federally unregulated contaminants like 1,4-dioxane. Despite the federal government’s inaction, New York State has stepped up under the leadership of Governor Cuomo to fill the void and ensure access to clean drinking water statewide.