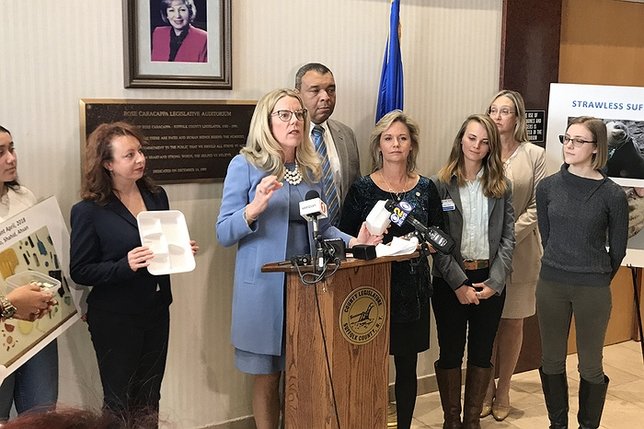 Suffolk County Legislator Kara Hahn discusses the introduction of policy recommendations intended to reduce plastic and Styrofoam waste during a press conference with members of the County’s Single Use Plastic Reduction Task Force on Wednesday, February 13, 2019.