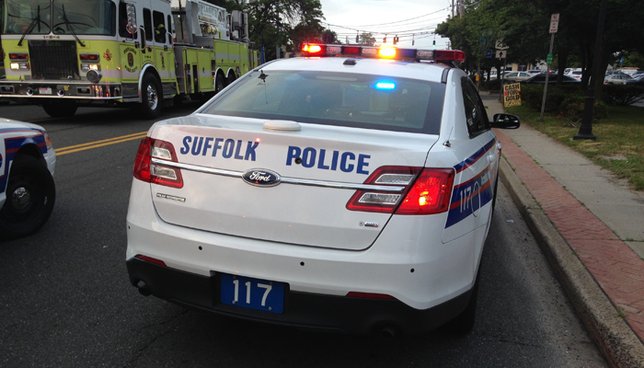 SCPD are investigating the body of a woman who was found in Hampton Bays on Friday, September 29.

Hampton Bays, NY - October 2, 2017 -  Suffolk County Police Homicide Squad detectives are investigating an incident in which a woman was found on the shoreline of Hubbard County Park, in Hampton Bays, New York on Friday, September 29, 2017.
A fisherman walking on the beach of Flanders Bay discovered Kristy Westerlind, 40, of Flanders, New York deceased on the shoreline at approximately 3:55 p.m. Southampton Town Police Department officers responded and contacted the Suffolk County Police Department Homicide Squad.
The body was transported to the Suffolk County Medical Examiner for an autopsy to determine the cause of death. Detectives believe the cause of death was non-criminal and the investigation is continuing.
Detectives ask anyone with information to help identify the victim or the circumstances of her death to contact the Homicide Squad at 631-852-6392.