Micah Raskin, 49, is alleged to have caught with one of the largest marijuana seizures in Nassau County history.

Micah Raskin of Old Westbury, 49, was arrested by the NCPD in possession of over 350 pounds of marijuana.

Old Westbury, NY - February 9, 2018 - An Old Westbury man was arrested this week in connection with one of the single largest marijuana seizures by authorities in the history of Nassau County, according to District Attorney Madeline Singas.
Following a multi-agency investigation spanning several jurisdictions, Micah Raskin, 49, is alleged to have been nabbed by Nassau County Police on February 6 in possession of over 350 pounds of marijuana with a street value of over $500,000. In addition, he was also caught with THC-laced hash oils valued between $170,000-$340,000, assorted drug paraphernalia, weapons – including a taser and a loaded shotgun – and packaging materials used to ship drugs, officials say. 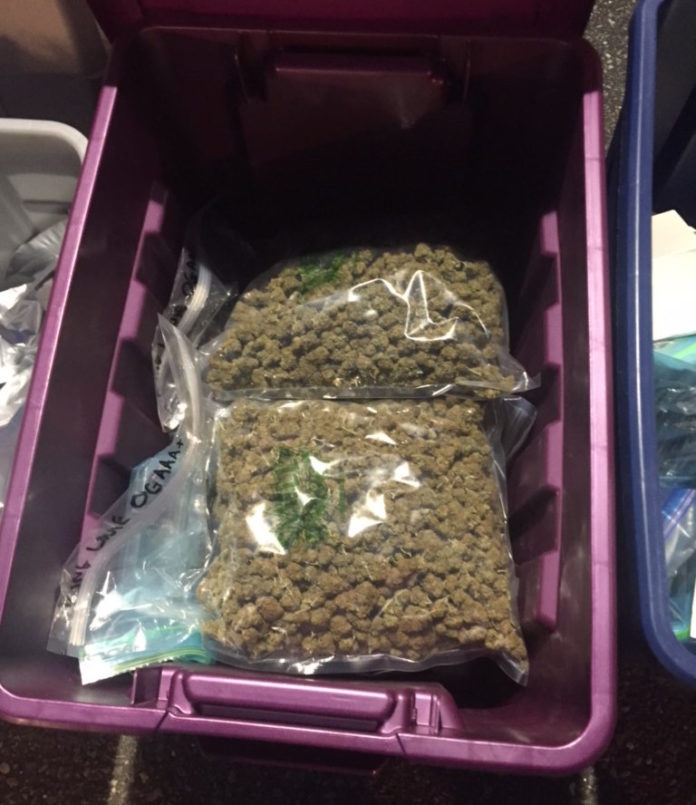 Over 350 pounds of marijuana, hash oils, and other paraphernalia were recovered by authorities during the enforcement of search warrents at the residence and storage locker of Old Westbury resident Micah Raskin on Feb. 6. Photo Credit: Nassau County District Attorney's Office
Also seized were a 2016 Chevrolet Corvette, a 2016 Land Rover Range Rover, $140,000 in U.S. currency, and artwork believed to be valued at over $100,000, according to reports.
DA Singas noted that the capture of Raskin serves as a sign to the drug dealers plaguing Nassau County- if you’re caught, you’re going to be doing hard time.
“With this seizure of more than 350 pounds of marijuana and huge quantities of hash oils, this alleged dealer’s time living the high life selling drugs is over,” she said. “Our law enforcement partners at the local, state and federal level continue to dismantle drug trafficking networks at every level, and I commend this outstanding team on yet another successful bust.” 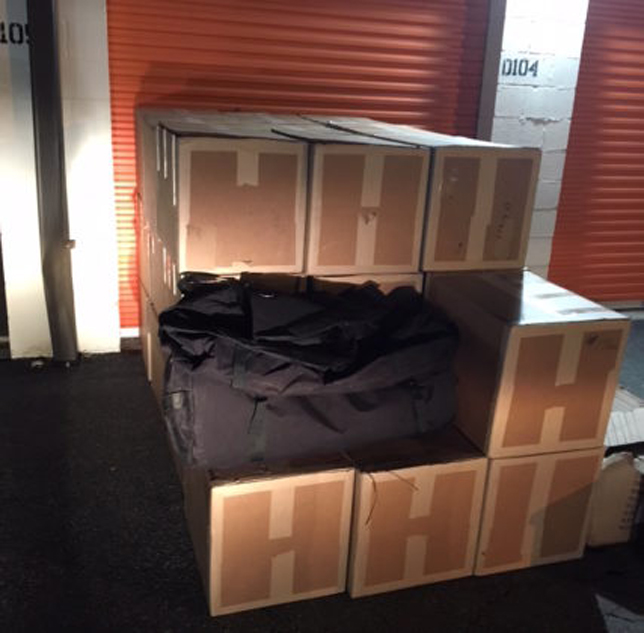 The marijuana seized is estimated to have a street value of over $500,000. In addition, THC-laced hash oils valued between $170,000-$340,000 were also discovered by police. Photo Credit: Nassau County District Attorney's Office
Raskin is alleged to have identified during the course of an extensive investigation – one involving multiple law enforcement agencies spanning several jurisdictions – as being responsible for the trafficking marijuana in large volumes from Old Westbury to Baltimore, Maryland since November of 2017, according to DA Singas’ office. After accepting delivery of shipments of marijuana and other drugs at various locations on Long Island, Raskin would store them at a Garden City storage unit and his own Old Westbury residence before dispatching shipments of marijuana via courier to buyers in areas including Virginia, Baltimore, Washington D.C., and New York, allegedly at the cost of $1,400 per pound. Singas has asserted that Raskin may have engaged in this type of activity for several years.
After an extensive investigation, search warrants were served and enforced on February 6 at Raskin’s Old Westbury home and Garden City storage unit by the Nassau County Police Department with the aid of the Long Island Homeland Security Investigations Task Force, at which time Raskin was placed under arrest. 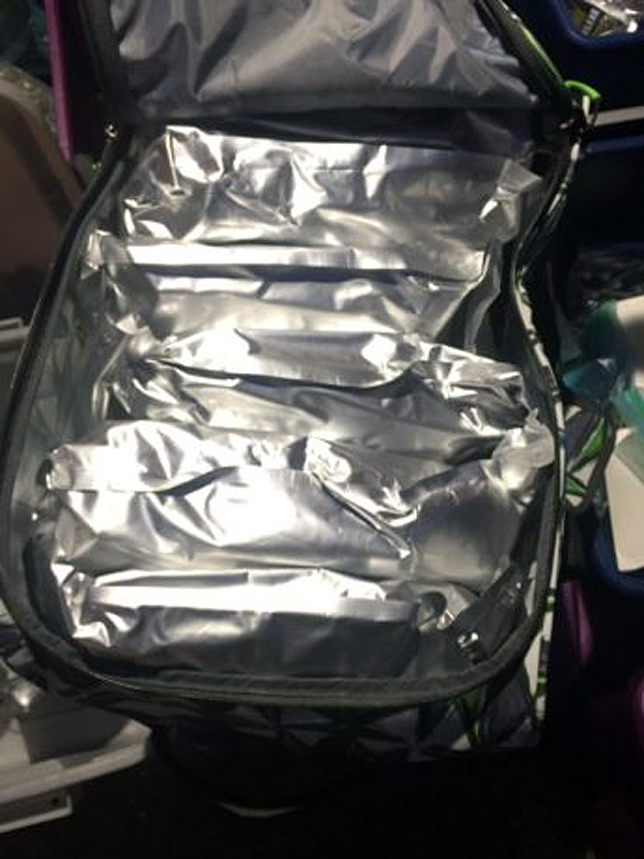 Raskin would allegedly dispatch shipments of marijuana via courier to buyers in areas including Virginia, Baltimore, Washington D.C., and New York, allegedly at the cost of $1,400 per pound. Photo Credit: Nassau County District Attorney's Office
Nassau County Police Commissioner Patrick Ryder said that the investigation into Raskin’s alleged crimes was the result of a collaborative, multi-jurisdictional effort that involved the Baltimore County Police Department, Baltimore County State’s Attorney’s Office, Department of Homeland Security, Suffolk County Police and Sherriff’s Departments, and the United States Attorney’s Office for the District of Maryland.
“The arrest of defendant Micah Raskin is a clear example of a collaborative multi-jurisdictional law enforcement investigation which is taking a dangerous individual and the drugs that he was dealing off the streets,” he said. “Defendant Raskin was supplying large amounts of marijuana to our residents, thus placing them at risk. This illegal behavior is unacceptable as we continue to fight to keep our residents and communities safe. I congratulate all of the investigators for a job well done.”
Homeland Security Investigations special agent Angel M. Melendez, whose department played a key role in the investigation and arrest of Raskin, said that collaborative efforts between law enforcement agencies are the only sure-fire way to ensure that the flow of drugs across state lines is cut off and stopped for good.
“Raskin is alleged to have trafficked hundreds of pounds of marijuana across state lines, creating a lucrative business over the years,” he said. “As Homeland Security Investigations continues to share information between offices and with its law enforcement partners, we will continue to arrest drug traffickers like Raskin.”
Raskin was arraigned in a Nassau County courthouse this week on the following charges, with bail was set at $225,000 bond or $150,000 cash:
If convicted of all counts, Raskin faces up to eight years in prison.
A criminal charge is an accusation. A defendant is presumed innocent until and unless proven guilty.