DEC announced that New York has adopted official sea-level rise projections that will help state agencies and coastal communities better plan for the impacts of a changing climate. 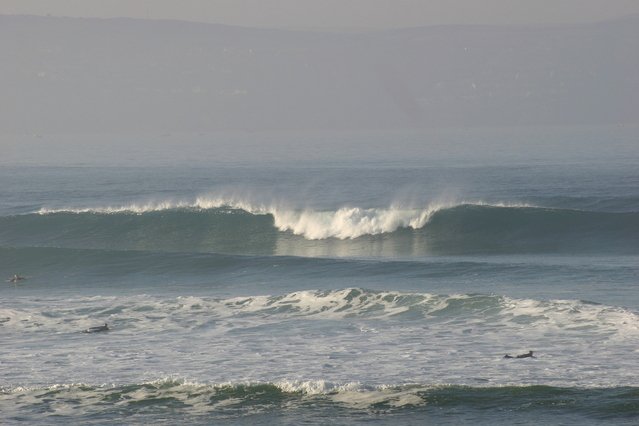 "New York is already experiencing the impacts of our changing climate in the form of severe storms and weather events, and our sea levels are rising about two times faster than the global average," said DEC Commissioner Basil Seggos. "Thanks to Governor Cuomo's leadership and the Community Risk and Resiliency Act, New York is out in front, building resiliency into permitting and funding actions, and providing key information, like sea-level rise projections, to help local governments, business owners, and planners ensure public safety and prevent the loss of property and services."

Governor Cuomo signed the Community Risk and Resiliency Act (CRRA) in September 2014. CRRA requires the New York State Department of Environmental Conservation (DEC) to adopt sea-level rise projections for the state. These projections will guide future planning efforts and must be considered by applicants for certain permit and funding programs, but they will not have any impact on federal flood insurance rates or independently create any new design standards or permit requirements.

The adopted projections are based on peer-reviewed research conducted by scientists at Columbia University, Cornell University, and Hunter College as part of the New York State ClimAID study, which included consideration of the possibility of rapid melt of land-based ice on Antarctica and Greenland. Recently published research confirms that such rapid melting of land-based ice is occurring and could result in high rates of sea-level rise, especially if greenhouse gas emissions continue unabated.

The adopted regulation includes high projections of approximately six feet of sea-level rise by 2100. Many scientists fear that the likelihood of this rate of sea-level rise-or even more-will increase dramatically if current plans to reduce greenhouse gas emissions from power plants and vehicles are curtailed at the federal level.

The best available science makes it clear that significant sea-level rise will continue to occur along New York's coastline. DEC's regulation provides a full range of projections to allow decision makers to consider the possibility of rapid sea-level rise when planning long-term land-use change and critical infrastructure. The regulation specifies a range of projections for three separate regions.

CRRA requires the development of guidance on how to incorporate sea-level rise and future flood risk into applications for specified permits and funding programs. DEC and other agencies are currently developing this guidance, which will assist agency staff and applicants, such as local governments, understand the impact of changing water levels and the associated risks likely to occur over the life of their projects. A draft of the guidance will be issued for public comment in the near future.

"The economic and environmental risks due to future changes in sea level rise are a primary concern for coastal communities throughout New York State," said New York Secretary of State Rossana Rosado. "The Governor's adoption of these new sea level rise projections provide a critical benchmark and planning tool to use in ongoing efforts to make communities better able to adapt to the new normal of climate change and create a more resilient New York."

State Department of Transportation Commissioner Mathew J. Driscoll said, "Governor Cuomo is leading the way on making New York State stronger and more resilient in response to severe weather and a changing climate. Through the Empire Bridge Program, we are replacing 100 aging, critical bridges across the state and we will look to the new Community Risk and Resiliency Act to guide bridge and highway projects that will stand for generations to come."

John B. Rhodes, President and CEO, NYSERDA said, "Under Governor Cuomo's leadership, New York has taken significant steps to ensure its citizens and local communities are better prepared and protected from extreme weather events. The availability of sea-level projections is another tool that can assist communities and officials make informed decisions and ensure resiliency is included in their planning against the impacts of climate change."

Senator Diane J. Savino, the Senate sponsor of the Act said, "I am very pleased that new sea level rise projection regulations have been adopted by the Governor and the Department of Environmental Conservation. Taking full consideration of the risks from sea level rise, storm surge and flooding will help increase the resilience of our communities. It will encourage both advance planning for extreme weather events and the consideration of the effects of climate change. This is a very important action, and I'm happy to see that New York State continues to be a leader in bolstering coastal resiliency."

Assemblyman Steve Englebright, Chairman of the Assembly Committee on Environmental Conservation said, "New York State is a leader in taking action to reduce emissions responsible for climate change. Now, the adoption of sea-level rise projections makes us one of the first states in the nation to address the need for building resiliency by allowing state agencies and coastal communities to better plan and adapt to the impacts of rising sea level and extreme weather events."

The text of the Quality Services Proposed Regulations and support documents are available on DEC's website and will be available in the State Register. The original 2011 ClimAID research report and the 2014 update, which were funded by the New York State Energy Research and Development Authority, are available at NYSERDA's website.

In addition, the New York Climate Change Science Clearinghouse has aggregated links to extensive climate-related information that can help prioritize future community and conservation planning efforts in the State.