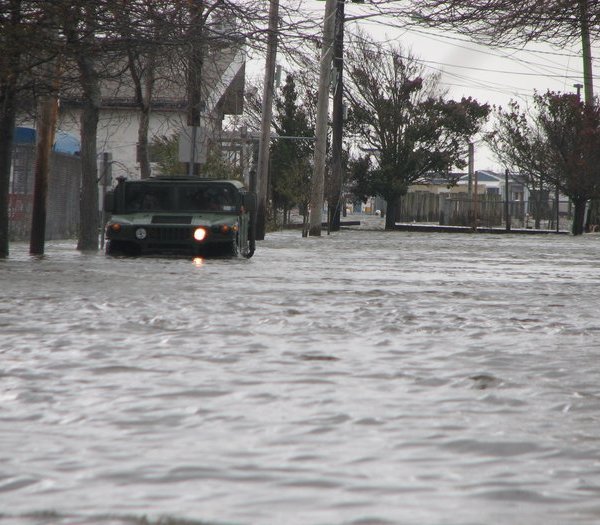 Albany, NY - July 23, 2014 - Governor Andrew M. Cuomo today announced funding to cover local governments' costs to repair and rebuild infrastructure damaged by Superstorm Sandy. As part of FEMA's Public Assistance (PA) program, local governments and public entities are required to cover ten percent of the costs incurred as a result of federally declared disasters. For local governments and public entities eligible to receive Sandy funds outside of New York City, the total match cost is more than $175 million, of which $145 million will go to Nassau and Suffolk counties. To ensure that these communities can continue with their recovery without the need to borrow funds, dip into emergency reserves, or pass the costs along to local taxpayers, Governor Cuomo today directed that state-allocated Community Development Block Grant – Disaster Relief (CDBG-DR) funds be used to cover the localities' costs.

"After the devastating storms New York has experienced over the past few years, the State has been partnering with communities to help them recover and build back better and stronger than before,” said Governor Cuomo. “Following Storms Irene and Lee, the State stepped up to cover the costs facing local governments. Today we are pleased to announce that once again, we are going to help municipalities pay to rebuild, bolster critical infrastructure, and work to revive their local economies in the process.”

The FEMA public assistance program covers immediate post-storm response needs like debris removal and emergency protective measures, and provides funds for the repair and rebuilding of publically owned infrastructure that was damaged including roads, schools bridges, parks, hospitals, police stations, fire houses, water and waste water treatment facilities and other public facilities. As a federal match program, FEMA pays for 90% of a project cost with the applicant paying 10% of the cost, leaving the municipalities to cover the balance. Through the Governor’s action, this allocation of CDBG-DR funds will make up the difference and make public entities whole.

“Superstorm Sandy had a devastating impact to communities across New York,” said Storm Recovery Director Jamie Rubin. “In addition to impacting housing stock, Sandy ravaged public infrastructure and government buildings, and many of these facilities are the backbone of communities. Restoring these without increasing the financial burden on a community in recovery is the right thing to do.”

The current allocation provides the local match for eligible entities in the following counties: Nassau, Suffolk, Westchester, Rockland, Greene, Orange, Putnam, Sullivan and Ulster. This program does not provide the match to repair and rebuild structures in New York City. Similar to NY State through the Governor’s Office of Storm Recovery, New York City has its own allocation of CDBG-DR funds, which can be used to address the FEMA PA local match for applications within the five boroughs.

Congressman Eliot Engel said, “Superstorm Sandy paralyzed parts of my Congressional district, and the cost of rebuilding has been a huge financial strain for these municipalities. I applaud Governor Cuomo for providing state funding to help local governments rebuild public facilities and continue the clean-up process. This funding will mitigate the financial impact these communities suffered in the wake of an extreme act of nature.”

Congresswoman Nita Lowey said, “The Hudson River Valley has made significant progress recovering from Superstorm Sandy, but with widespread damage across our region, the cost of recovery has been very expensive for our communities. As the top Democrat on the House Appropriations Committee, I worked hard to ensure that FEMA provided 90% reimbursement, as opposed to the normal 75%, in the Sandy supplemental. I am very pleased that Governor Cuomo is now using the flexibility granted to him under the law to use $175 million in CDBG-DR funds to close the remaining funding gap. These additional dollars will allow infrastructure projects to be quickly rebuilt at full federal expense and ensures that costs aren’t passed along to local taxpayers.”

Congressman Pete King said, “Superstorm Sandy was devastating to Long Island. This funding is another important step on Long Island’s road to recovery.”

Congresswoman Carolyn McCarthy said, “Superstorm Sandy destroyed many of our homes and communities. Immediately following, neighbors joined together for support and we have come a long way in helping families and businesses to recover and rebuild. While there is still more work to be done, this funding will continue the work we have been doing in the areas that need it the most.  I applaud Governor Cuomo for continuing to work to ensure our communities have the resources they need to come back stronger than ever.”

Congressman Gregory Meeks said, “I am pleased by the Governor's announcement for additional funding to help local government's cover rebuilding efforts throughout the regions that were devastated by Super Storm Sandy.  Our communities have emerged stronger and more united since Sandy and this additional Community Development Block Grant – Disaster Relief funding will go a long way to ensure that this progress continues on the path to complete recovery. I thank Governor Cuomo for his strong and sustained leadership on this front and I will continue to lend my support for these efforts in any way possible.”

Congressman Steve Israel said, “I helped lead the charge in Congress to secure federal funding to help our communities rebuild after Superstorm Sandy. I’m pleased Governor Cuomo is directing a portion of those community development funds to ease the financial burden facing many local governments that could otherwise be shut out from accessing FEMA’s Public Assistance program. I will continue to do everything possible to help our communities recover and fortify their infrastructure to prevent future damage.”

Congressman Tim Bishop said, “Since the dust settled and the last traces of the storm left our shores, recovering from Superstorm Sandy has been a long road. While we have come a long way, there is still much to be done to not only repair our coastal communities, but also to build them up against future storms. By the State of New York picking up the tab for the local cost share of recovery projects, municipalities will be able to free up funding that will allow them to undertake other initiatives to make their shores more resilient and help their residents prepare for future storms. I applaud Governor Cuomo for taking this step.”

Congressman Chris Gibson said, “By several metrics, Sandy was among the worst natural disasters in U.S. history. While most of the damage occurred in New York City and Long Island, several Upstate counties sustained severe damage. Disaster response is a core function of government and deserves broad bipartisan support. I appreciate the state’s commitment to helping our communities rebuild.”

Congressman Sean Patrick Maloney said, “Superstorm Sandy created a massive cleanup and rebuilding effort for communities across the Hudson Valley, and this investment will help many of our local governments continue to recover and build back stronger.”

Nassau County Executive Ed Mangano said, "I commend Governor Cuomo for his leadership in picking up the difference between FEMA reimbursements and actual costs of restoring Nassau County's infrastructure."

Suffolk County Executive Steve Bellone said, "Nearly two years later, Suffolk County residents and our local municipalities continue to feel the physical and financial impact that Superstorm Sandy left in its wake. I thank Governor Cuomo for his tireless efforts and intense focus on Sandy Recovery which have resulted in this critical assistance to local municipalities. This State aid will ease the burden for Suffolk County taxpayers and further highlights New York State's commitment to a full and robust recovery."