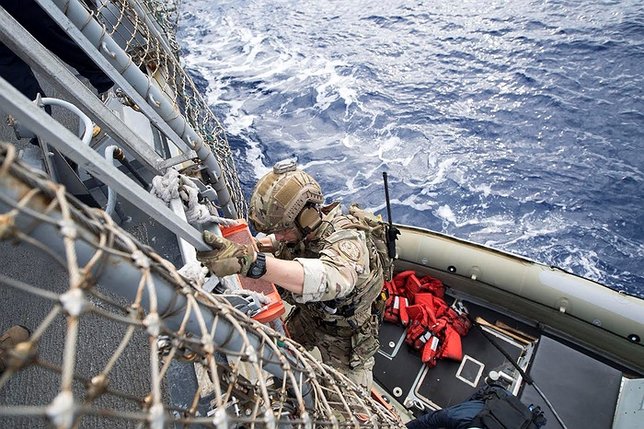 OMSI is a Secretary of Defense program aimed to diminish transnational illegal activity on the high seas in the Pacific Island Nations of Oceania’s exclusive economic zones (EEZ) and enhance regional security and interoperability with partner nations.

“OMSI is about expanding our network of cooperation with partners throughout the Asia-Pacific region to secure common interests in the Western-Central-Pacific,” said Lt. Cmdr. Connor Sullivan, the embarked Coast Guard team lead. “Our common interest is ensuring that these countries can protect their resources, which will allow them to become more economically independent.”

Through bilateral agreements, the U.S. Coast Guard assists ten Pacific Island nations in patrolling the waters around their exclusive economic zones (EEZs) Each of the nations have territorial waters stretching out 12 miles from shore. Beyond that, stretching out 200 nautical miles are EEZs, an area defined by national law that allows each nation exclusive rights to the exploration and use of maritime resources.

During this OMSI patrol, maritime law enforcement officers from Tuvalu and Nauru will use Michael Murphy as a platform to intercept and board commercial fishing vessels operating in their respective EEZs. They will be assisted during these boardings by the embarked USCG LEDET and will be looking for any potential fishing violations.

“The objective is to ensure long-term conservation and sustainable use of highly migratory fish stocks in the Western-Central-Pacific ocean,” said Sullivan.

“The OMSI mission is an important maritime law enforcement operation that clearly demonstrates our continued support of the Pacific Island Nations,” said Cmdr. Robert A. Heely Jr., commanding officer of Michael Murphy. “Teaming up with the Coast Guard and partner nations within the region will enable Michael Murphy to enforce fishery laws that are critical to regional economic prosperity. Additionally, this crew is excited to execute this mission alongside enforcement ship riders from Tuvalu and Narau who will benefit from the extensive range provided by the ship and the embarked helicopter squadron.” 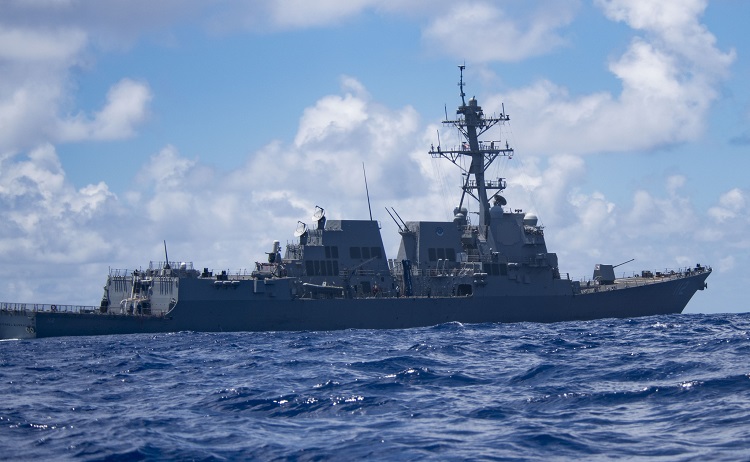 Michael Murphy, Tuvaluan and Nauru maritime law enforcement, and the U.S. Coast Guard will work together to conduct maritime law enforcement operations in support of U.S. and Pacific Island Nations fisheries laws and to suppress illicit activities. Upon completion of OMSI, the ship will continue operations in the Indo-Asia-Pacific region as part of the Carl Vinson Strike Group.

U.S. Navy carrier strike groups have regularly patrolled the Indo-Asia-Pacific for more than 70 years and will continue to do so. Carl Vinson has deployed to the region several times, starting with a deployment to the Western Pacific in 1983, a year after commissioning. Most recently in 2015, Carl Vinson conducted port visits and exercises with regional navies in the South China Sea.

Commissioned on October 6, 2012, USS Michael Murphy is named after former U.S. Navy SEAL Lieutenant Michael P. Murphy. Murphy who was posthumously awarded the Medal of Honor for his heroic actions during Operation Red Wings in Afghanistan, June 28, 2005. Murphy was the first person to be awarded the medal for actions in Afghanistan and was the first member of the U.S. Navy to receive the award since the Vietnam War.