Save-A-Pet Animal Rescue and Adoption Center, Inc. wants owners to be aware of the many hazards that can ensue after chaining and/or tethering their dog. 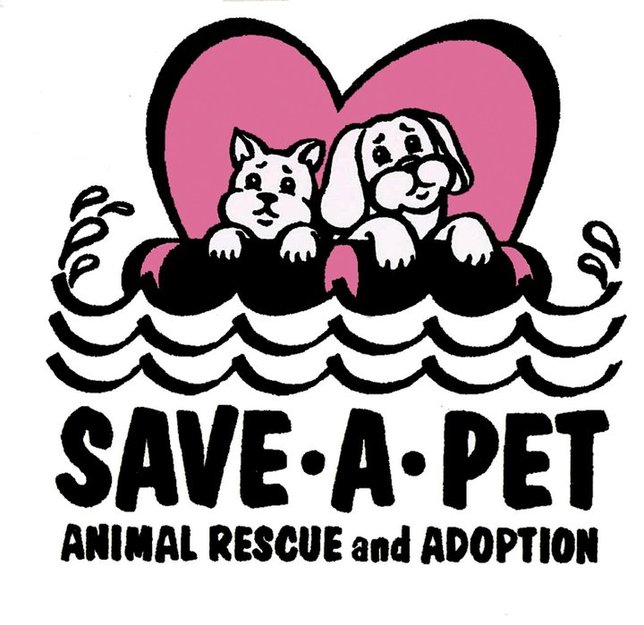 Port Jefferson Station, NY - February 3rd, 2014 - Being constrained is one of the worst feelings anyone can endure, whether you’re a human or an animal. Luckily, for a human, they can articulate discomfort. Dogs, on the other hand, cannot communicate that they are experiencing pain, fear, loneliness and isolation while tied up. Unfortunately, there are countless irresponsible owners that frequently tether their dogs because it makes “their” lives easier.
Save-A-Pet Animal Rescue and Adoption Center, Inc. wants owners to be aware of the many hazards that can ensue after chaining and/or tethering their dog. It is an act of cruelty that needs to be put to a halt with more laws enforced. February is being recognized as National “Unchain A Dog” month and it is vital that pet owners understand why they should refrain from the chains and be more attentive to their dog’s well-being.
Chaining your dog can lead to many deep physical and psychological issues. Below are some problems that you should be aware of that can be caused by tethering/chaining up your dog:
Strangling— Dogs are generally social beings that yearn to roam and need a large yard to play. However, being tethered to a pole or being chained to a tree in the backyard during cold winters and hot summers can cause strangulation issues. Frequently, if a dog is chained up for a while, their necks become raw and covered with deep, red sores. This may be the result of a dog’s intolerance to confinement, by yanking or straining a leash in efforts to break away. Too many dogs in the U.S. have been found with collars embedded in their necks and permanent marks on their fur after several years of tethering.
Straying — There is a risk of stray dogs attacking yours while it’s tethered — making your dog defenseless and weak. According to the Humane Society of the United States, countless dogs that are chained up for long periods of time tend to become strays after finally breaking free from their leash. Therefore, refraining from tethering your puppy or dog can help reduce the amount of strays and attacks.
Uncomfortable in Temps—This winter, temperatures have hit an all-time low, and unfortunately, many people continue to leave their dogs on leashes and chains in the freezing cold. Even in the summer, dogs are left outside during excruciating hot days, which lead to heat exhaustion in pets. This is an act of animal cruelty that can seriously hurt your dog. If the weather is too cold or too hot for you to stay outside, it’s not beneficial for your dog either. Leaving your dog constrained outside in extreme temperatures is not only an act of animal cruelty, but it will lead them to feel neglected and traumatized as well.
Unsocialization—Tethered dogs can become protective and unsocial due to territorial issues and neglect. When a human comes over to pet a dog while it’s chained up, the dog is three times as likely to bite them, according to the Humane Society of the United States.  It is important that others feel safe around your dog; constraining them will only increase the risk of your dog attacking innocent bystanders.
According to the Animal Law and Historic Center, some states have tethering laws. For example, in Delaware, the tether must be three times the size of the dog — from the tip of its nose to the base of its tail — to be legal. In New York, there are minimal tethering laws as of yet. However, in New York City, if a dog is chained up for more than three hours within a 12-hour period, the owner will be fined. Suffolk County, New York has minimal restrictions on tethering with a fine of up to $500 if violated.
“Just because it’s legal in New York State, doesn’t make it right,” says Dori Scofield, Founder/President, Save-A-Pet Animal Rescue and Adoption Center, Inc. “The physical and psychological problems that can arise in dogs are heartbreaking; it is morally wrong. Dogs are our companions, not lawn ornaments. It is crucial to get the word out that tethering a dog is just blatant cruelty. “
For more information, please visit www.saveapetli.net or call (631) 473-6333.
About Save-A-Pet Animal Rescue Inc.
Save-A-Pet Animal Rescue Inc. was established in 1994 and is located in Port Jefferson Station.  Save-A-Pet works tirelessly to place orphaned companion animals into loving homes.  All of the animals that come to Save-A-Pet are spayed, neutered, tested for diseases and vaccinated.  Prospective adopters are thoroughly screened and matched with the most suitable pet for them and their family.  Save-A-Pet Animal Rescue is a non-profit, no-kill shelter and is a safe haven for all of the animals that enter it.