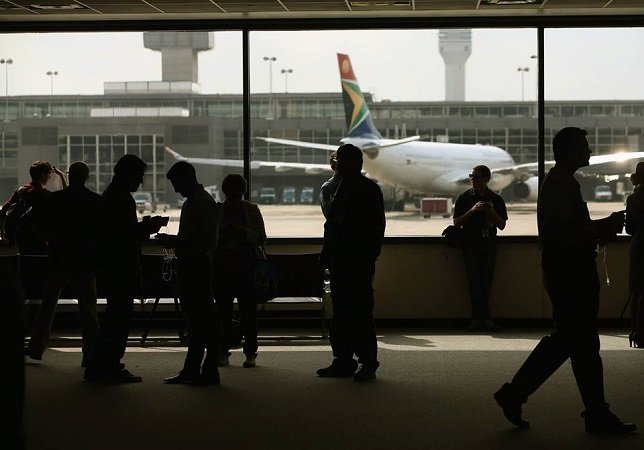 Congress must re-authorize FAA charter this year and some may use it as an opportunity to weaken provisions that make air travel safer.

Washington, DC - February 2, 2016 - Today, U.S. Senators Charles E. Schumer and Kirsten Gillibrand, as well as Representatives Brian Higgins, Louise Slaughter, Chris Collins and Tom Reed joined together in Washington, D.C., with the families of Flight 3407, to kick off their advocacy efforts around the upcoming Federal Aviation Administration (FAA) Reauthorization Bill. The families were also joined by ‘Miracle on the Hudson’ First Officer and aviation safety expert Jeff Skiles. Together, they announced their push to make sure that the aviation safety regulations the families fought so hard to pass – including rules on pilot training and fatigue – are not rolled back or watered down as part of the reauthorization negotiations. The families of Flight 3407 made the trip to Washington one week in advance of the 7th anniversary of the tragic crash of Continental Flight 3407 outside of Buffalo, New York, which took the lives of all forty-nine on board as well as one man on the ground.

Schumer, Gillibrand, Higgins, Collins, Slaughter and Reed said that, with this year’s upcoming reauthorization of the FAA, some regional airlines may look to use it as an opportunity to water down or roll back some of the most stringent and effective safety standards, including the requirement that commercial co-pilots have 1,500 hours of total flight time before being certified. The Western New York delegation members said that the families of Flight 3407 fought too hard for this pilot training rule, as well as many others, for their successful efforts to be undone.

“In the wake of the 7th anniversary of the horrific Flight 3407 crash, family members are once again forced to come back to Washington to demand Congress keep in place aviation rules that should have always been in place. Simply put, these rules save lives,” said U.S. Senator Charles E. Schumer. “Time after time the 3407 family members worked assiduously, because travelers should never be in harm’s way or fly in less capable hands simply because they took a regional carrier rather than a large commercial carrier. It is unthinkable that some in the aviation industry and in Congress are considering watering down or rolling back these standards, and it is an affront to the 3407 families’ efforts over the last seven years. Doing so would be a dagger to the hearts of every one of the families here today – that is why I am going to keep fighting to ensure these standards are permanently kept in place.”

“For seven years now, the families who lost loved ones in Flight 3407 have worked tirelessly to make our country’s aviation system safer,” said U.S. Senator Kirsten Gillibrand. “These families are raising their voices to demand better aviation safety regulations, and they have worked hard to prevent another tragedy like Flight 3407 from taking place. We must continue to stand firm against any attempts to undermine aviation safety reforms in this year’s FAA reauthorization bill, so that we can finally reach our goal of having one level of safety for everyone.”

“Frankly it’s shocking that scaling back on the progress we’ve made since the crash of Flight 3407 is even a consideration,” said Congressman Brian Higgins.  “No one would volunteer to be on a plane with a pilot who has less sleep and less training.  For Western New Yorkers the consequences are real: families shattered, lives forever changed, loved ones lost.  Just as there is no going back for them, there is no going back for us, to anything less than the one level of safety we’ve fought for and achieved since 2009.”

“The seven year anniversary of Continental Flight 3407 remains a tragic reminder of the many lives we lost that day,” said Congressman Chris Collins. “However, through the tireless advocacy of the Families of Flight 3407, significant airline safety reforms have been made to achieve one level of aviation safety for all passengers. Now more than ever, we must continue fighting to ensure these safety standards remain in place so future families aren’t faced with similar tragedies.”

“I am so grateful to the Flight 3407 families who have fought and persevered to get new safety standards put in place so that other families would not experience the pain that they have felt,’ said Congresswoman Louise Slaughter. “It would be unconscionable to roll back these safety standards, which guarantee that every pilot, whether regional or commercial, is well-trained and well-rested before transporting us through the air.”

“We care about the safety of both airline passengers and employees. We need fair regulations that keep everyone safe which will help prevent the tragedies like that of flight 3407. Simply, these safety regulations help save lives and we will continue to fight to make sure these safety measures stay intact,” said Congressman Tom Reed.

In honor of the seven-year anniversary of the crash, the Senators and Representatives joined up with Skiles, citing that he is a great example of how lives can be saved when pilots and co-pilots are properly trained. Last year, in honor of the six-year anniversary, Schumer and the Flight 3407 families brought ‘Miracle on the Hudson’ pilot Captain Chesley “Sully” Sullenberger into the cause as well. Schumer, Gillibrand, Higgins, Collins, Slaughter and Reed all vowed to push back against any and all efforts in Congress to scale back the flight safety rules. The Senators and Representatives also urged the FAA to finalize and implement some rules that are still outstanding.

The tragic February 2009 crash of Continental Flight 3407 near Buffalo, New York claimed 50 lives and alerted the nation to the shortfalls in our aviation safety system, particularly at the regional airline level. In the wake of the tragedy, the Western New York delegation worked together with the families who lost loved ones in the crash, to pass the Airline Safety and Federal Aviation Administration Extension Act of 2010. This landmark aviation safety legislation sought to address many of the factors contributing to the increasing safety gap between regional and mainline carriers by requiring the FAA to develop regulations to improve safety, including enhanced entry-level pilot training and qualification standards, pilot fatigue rules, airline pilot training and safety management programs, and through the creation of an electronic pilot record database.

This legislation established a number of mechanisms for increasing aviation safety in an effort to achieve a true “One Level of Safety” between our nation’s regional and mainline carriers. In particular, this legislation included a mandate that first officers — also known as co-pilots — hold an Airline Transport Pilot (ATP) certificate, which requires that the pilot log 1,500 flight hours. Previously, first officers were required to have only a commercial pilot certificate, which requires 250 hours of flight time. Schumer, Gillibrand, Higgins, Slaughter, Collins and Reed explained that this rule helps ensure our nation’s pilots have the best set of skills and knowledge available before getting into the cockpit of a commercial plane. The delegation members said there are exceptions to the 1,500 hour rule, including one for military pilots with fewer piloting hours, but some in the aviation industry would like to water down these rules even further to make it easier to hire pilots with less flying experience. They said that the families of Flight 3407 fought too hard for the pilot training rule, for their successful efforts to be thwarted, and under no circumstances should we weaken the standards surrounding pilot qualifications.

Schumer, Gillibrand, Higgins, Slaughter, Collins and Reed said the 3407 families’ efforts also led to the passage of the law that mandates stricter flight and duty time regulations to combat pilot fatigue. These new pilot fatigue rules incorporate the latest fatigue science to set requirements based on the time of day pilots begin their first flight, the number of flight segments, and the number of time zones they cross. Under these pilot fatigue rules, the FAA now sets limits on flight time to eight or nine hours, depending on the start time of the pilot’s entire flight duty period, and sets a 10-hour minimum rest period, mandating that the pilot have an opportunity for eight hours of uninterrupted sleep within that period. These FAA rules also address potential cumulative fatigue by requiring that pilots have at least 30 consecutive hours free from duty on a weekly basis.

Schumer, Gillibrand, Higgins, Slaughter, Collins and Reed said that rolling back any of these critical safety enhancements in the FAA reauthorization legislation would be unacceptable. They also urged the FAA to finalize and implement two rules required by the Airline Safety and Federal Aviation Administration Extension Act of 2010 that are still outstanding – a pilot records database, which would make air travel safer for all passengers by pressuring regional carriers to hire the most qualified pilots, and a rule focused on the areas of mentoring, professional development, and leadership. The Senators and Representatives said the FAA must be held accountable and it is unacceptable the pilot records database rule in particular has not yet been implemented. According to an August 2015 Department of Transportation Inspector General report, the database is years behind schedule. The report states that the FAA has indicated it could be 2017 before it even issues a rulemaking on the pilot record database, and that the FAA is considering extending the implementation period, which could allow air carriers until 2023 to achieve full compliance with the rule.