Schumer: Underfunding of Hurricane Tracking System May Have Led to Miscalls on Joaquin's Track, Push to Restore Funding

U.S. Senator Charles E. Schumer , today, said that the past underfunding of the U.S. weather forecasting operation, which includes a fleet of National Oceanic and Atmospheric Administration’s (NOAA) satellites high above earth, may have ... 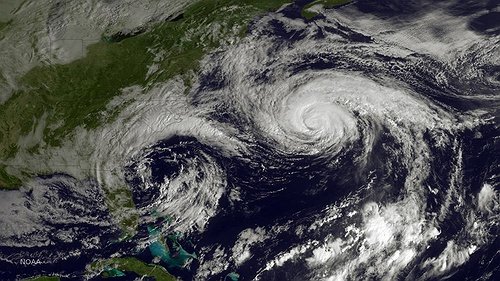 Albany, NY - October 5, 2015 - U.S. Senator Charles E. Schumer , today, said that the past underfunding of the U.S. weather forecasting operation, which includes a fleet of National Oceanic and Atmospheric Administration’s (NOAA) satellites high above earth, may have led to several miscalls by U.S. forecasting agencies currently tracking Hurricane Joaquin along the east coast. At the same time, Schumer revealed that Congress has proposed cuts of $245 million in desperately-needed federal funding for the construction and maintenance of next-generation weather satellites that are used by experts to better forecast weather and predict storms that can change in destination and strength within hours.

Specifically, the House and Senate appropriations bills fail to provide enough funding for the National Oceanic and Atmospheric Administration’s (NOAA) next generation of polar-orbiting weather satellites that continuously scan the planet and provide critical data on atmospheric winds and moisture; the data is used by meteorologists when predicting weather forecasts up to seven days in advance. NOAA has warned that, without construction of a new weather satellite, the U.S. will be reliant on only one polar-orbiting satellite. NOAA has said that, beginning in 2016, there will be at least a one year gap between the newest polar-orbiting satellite’s design lifetime and the scheduled launch date of a replacement. NOAA has said that such a gap could significantly impact the agency’s ability to provide advanced notice of weather events, like Superstorm Sandy and Hurricane Joaquin.

“In the era of super storms, accurate weather forecasts are not a luxury – they are a necessity. The information we gather on weather from high above the earth translates into safety on the ground,” said Schumer. “It is just plain dumb to cut hundreds of millions from our weather satellite system just when catastrophic storms are getting more extreme and more frequent. Hurricane Joaquin is just the latest example of how crucial these satellites are and that’s why I am launching this push to get our weather system adequately funded.”

To sustain a first-rate weather reporting system, Schumer is pushing Congress to restore $245 million in federal funding for NOAA so that the U.S. can continue to precisely predict and track extreme weather events. Schumer explained that President Obama’s proposed budget includes $380 million to construct new NOAA polar-orbiting weather satellites used to address potentially catastrophic gaps in weather data. However, the Senate’s proposed appropriations bill includes only $135 million for the program, and shockingly, the House’s proposed appropriations bill does not include any federal funding for the program.

Schumer said, “The lack of adequate funding for the program would severely delay the construction of these much-needed satellites. In 2014, the United States suffered eight major weather and climate events, costing approximately more than $1 billion each.”

Schumer also said that these disasters would have cost even more without sufficient warning from meteorologists and therefore, Congress should make sure NOAA has sufficient federal funding to construct the new weather satellites.

Schumer added that after Hurricane Sandy, Congress made some long-awaited investments in weather computing, but failed to address the larger satellite issue—which is what the computers use to generate the storm predictions.

NOAA satellites provide 85 percent of the data used to forecast the weather and are therefore extremely necessary because they are a vital component of Americans’ personal, property, and economic security. Furthermore, one-third of U.S. GDP is affected by climate and weather. For instance, climate and weather patterns affect air travelers trying to get home safely and on time, farmers trying to protect livestock and crops, and cities relying on energy from wind turbines and solar panels.

An independent expert review panel and the U.S. Government Accountability Office (GAO) have called for NOAA to address gaps in weather and climate data coverage. The expert review panel of weather, space and aerospace industry experts found that unless we act quickly to build new satellites, the U.S. faces the likelihood of a “catastrophic” reduction in weather and climate data starting in 2016. Specifically, NOAA has warned that, starting in about 2016, there will be at least a year long gap between the newest polar orbiting satellite’s design lifetime and the scheduled launch date of its replacement. As a result, the U.S. would be reliant on just one polar-orbiting satellite, rather than the two that have long been in service. NOAA and international forecasting agencies have warned that such a data gap could significantly erode the agency’s ability to provide advanced notice of significant weather events.

Schumer today said that Congress must restore $245 million in federal funding so that NOAA can construct the new weather satellite. Schumer said that this major funding cut is concerning for a number of reasons. First, Schumer said that the lack of NOAA funding could put national security in jeopardy because we need weather satellites to help better protect the lives of individuals and civilian infrastructure in the event of a major storm. Second, Schumer said that a delay in satellite construction will end up costing taxpayers more in the long run. Lastly, Schumer said that because the-day-to-day operations of so many businesses, families, all the way to farms, rely on efficient weather data, the economy could be impacted without swift action.