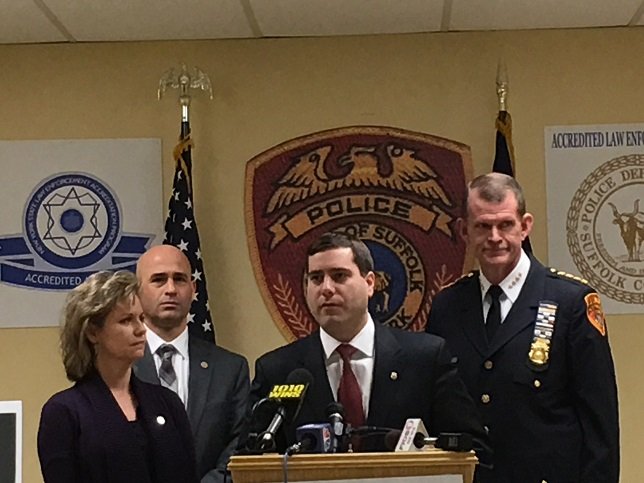 The initiative, fueled in part by residents’ complaints, will focus on combatting drug houses in communities. As part of the initiative, the police department will be utilizing Special Operations Team (SOT) detectives in each precinct to work with residents to obtain information on who is dealing and where. Armed with that information, detectives will be executing more search warrants of drug houses and making felony arrests at those locations.

During the past several weeks since the initiative began, investigators have already executed nine search warrants and seized approximately $300,000 in cash, approximately 2,672 grams of cocaine and crack/cocaine, approximately 464 grams of heroin, 80 grams of oxycodone, seven guns, and drug paraphernalia.

“This new narcotics initiative will target residences where drug dealing is occurring.  Drug houses in our neighborhoods degrade our sense of community, public safety and quality of life,” said Suffolk County Police Acting Commissioner Tim Sini.  “We will target these locations by executing more search warrants and making arrests at those locations.”

“Working together with our law enforcement partners and sharing information is imperative to getting dangerous drugs off our streets and out of our communities,” said Legislator Sarah Anker. “If you see something, say something.”