Suffolk County Legislator Kevin McCaffrey (R-Lindenhurst) recently had the honor of speaking before the members of the Lindenhurst Community Cares Coalition (Lindy Cares) during a regular meeting held at Lindenhurst High School. 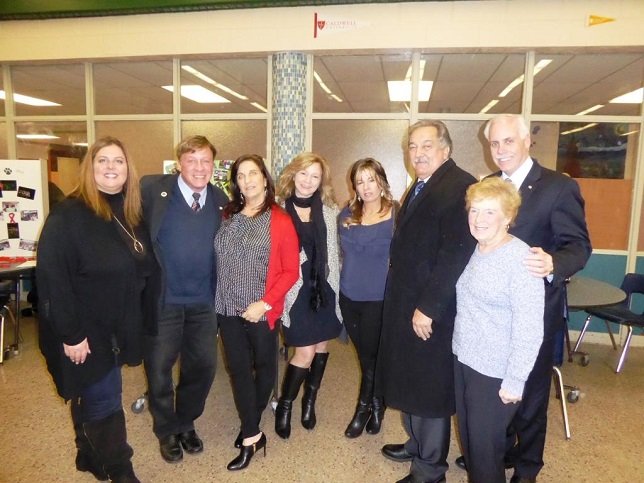 Lindenhurst, NY - February 1, 2016 - Suffolk County Legislator Kevin McCaffrey (R-Lindenhurst) recently had the honor of speaking before the members of the Lindenhurst Community Cares Coalition (Lindy Cares) during a regular meeting held at Lindenhurst High School.  Attending the meeting were its regular members, students, law enforcement, elected officials or their representatives, and a variety of other concerned citizens. 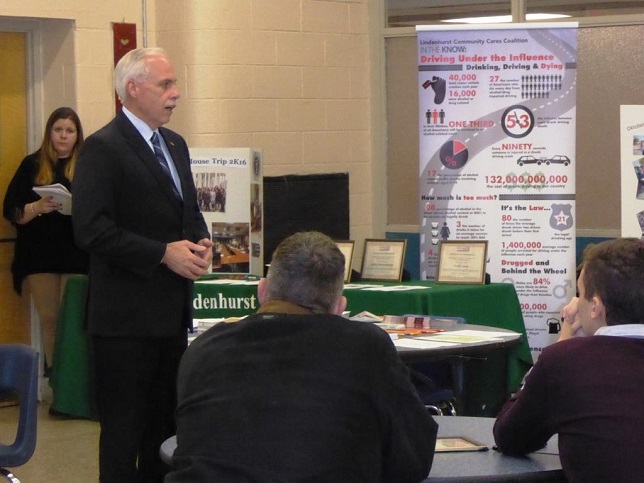 During the meeting, updates were provided on the latest initiatives of Lindy Cares, primarily with respect to its efforts to curb substance abuse in the community.  In addition to being briefed on the progress and hearing some facts and figures, the conversation shifted slightly to focus on the Superstorm Sandy recovery process.  It was no surprise to those attending that significant work remains to be done with respect to rebuilding homes and fortifying against future storm events.

“Lindy Cares is an extremely hands-on and multifaceted organization,” said McCaffrey.  “While preventing underage drinking and other forms of substance abuse are their primary objectives, they are eager to tackle just about any issue that directly impacts the safety and overall quality of life in the community.  I value the relationship that my office has with Lindy Cares, and I look forward to another very productive year of working towards common goals.”

In addition to giving accolades to Lindy Cares for the progress they have made in their short history, McCaffrey explained how his office is a proactive community partner that is eager to address the issues and concerns of all the residents.  Furthermore, McCaffrey distributed a number of drug testing kits that were acquired through the Suffolk County Sheriff’s office.  The test kits are provided to parents free of charge and can be picked up at McCaffrey’s district office in Lindenhurst.

“It is always better to be safe than sorry when it comes to drug use and our children,” added McCaffrey.  “I strongly encourage parents to have the kits on hand for use when they have even the slightest suspicion.  We have to be constantly vigilant in this fight and we have to continue working together.”

To learn more about Lindenhurst Community Cares and their upcoming events, those interested are strongly encouraged to visit their website.  To acquire free drug test kits, parents can stop by Legislator McCaffrey’s office during normal business hours, at 125C South Wellwood Avenue, Lindenhurst.