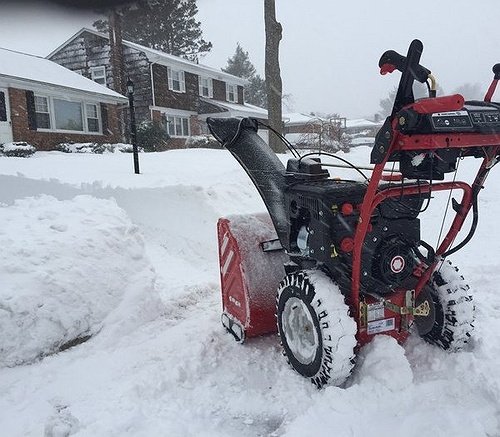 Albany, NY - February 1st, 2015 - Governor Andrew M.  Cuomo today urged New Yorkers to prepare for the impact of Winter Storm Linus, which is anticipated to hit most parts of the State tonight and early tomorrow morning.

“With another winter storm expected to impact communities across the State, I am urging all New Yorkers to exercise caution when traveling,” Governor Cuomo said. “State agencies are ready and prepared to respond to worsening weather conditions, but I encourage all New Yorkers to plan ahead for delays and remain safe throughout the storm.”

The New York State Department of Transportation (NYSDOT) has a total of 1,444 plows and 3,629 operators and supervisors available for this storm. The Department has shifted a total of 40 plows and 91 operators and supervisors to the Hudson Valley and Long Island to assist with snow removal in those regions. There are also 32 plows from contractors and 10 plows from NYS Parks available in Long Island if needed. Other crews are ready to be shifted within regions to deal with heavier accumulation amounts as necessary. Statewide, NYSDOT has 325,000 tons of road salt on hand.

The New York State Thruway Authority has a total of 198 seven-ton plow trucks available across the State, and approximately 119,000 tons of road salt on hand with ample supply at all locations. The Authority will be pretreating roadways with a salt mixture that is specially formulated to be effective at lower temperatures, and variable message signs are warning drivers regarding the storm.

Further weather forecast information from the National Weather Service and the New York State Office of Emergency Management is below:

NWS Albany
A moderate to heavy snow will occur tonight and Monday, February 1-2. Snow will increase in intensity overnight and become heavy before sunrise, before tapering off late Monday afternoon or early evening. Very cold air will follow the storm system with gusty winds. Wind chill values may reach advisory criteria once again for Monday night through Tuesday.

Expected snowfall totals are 6 to 10 inches across the northern tier of zones with 8 to 16 inches elsewhere. The highest totals are expected across the eastern Catskills, northern and central Taconics, Berkshires and southern Green Mountains. Maximum snowfall rates of an inch or so an hour can be expected.

Behind this storm another shot of arctic air descends across the region. This along with a fresh snow cover will cause temperatures to plummet Monday night. Lows are anticipated to drop to zero or below across the forecast area with 10 degrees below zero and colder across the southern Adirondacks. Wind chill warnings and advisories, may once again, be issued for Monday night into Tuesday.

Snow is likely today, mainly after 4:00 p.m., with temperatures near 30. Total daytime snow accumulation of less than a half inch is possible. The snow will persist through the overnight hours with new snow accumulation of around 6 inches. Monday, the snow will continue, mainly before 5:00 p.m.  before tapering off in the late evening hours. Total snowfall for the day will be 5 to 6 inches.

Light snow will overspread the region from west to east from mid to late this afternoon through early evening. Late this evening through mid-day Monday the snowfall rates will be the highest, 1 to 2 inches per hour. Total snow accumulations of 6 to 10 inches for the northern portion of the forecast area, 8 to 12 inches for central, and 8 to 10 inches for the southern portion, with some icing possible.

The Winter Storm Watch for northern Oneida County has been upgraded to a warning, as the snow accumulation has increased to around 7 inches likely.

NWS Buffalo
A cold front will cross the region from north to south early this morning, with few scattered snow showers. The storm system moving into the area will produce heavy snow tonight through Monday for all of Western and Central New York. This storm will also bring very cold temperatures and gusty winds. The snow will taper off from west to east Monday afternoon. Some Lake Effect snow will develop in its wake, especially Tuesday, east of Lake Ontario.

NWS Burlington
Snow will spread from southwest to northeast into South Central Vermont and the Adirondacks after midnight tonight. The snow will continue to move into Northern New York and Northern half of Vermont by the early morning commute. Snow is expected to taper off from west to east late Monday evening. Although the snow will be fluffy with high snow to liquid ratios, snowfall will be heavy during the morning commute. Snowfall rates of 1 to 2 inches per hour are possible for central Vermont and the Eastern Adirondacks. Elsewhere, snowfall rates may reach 1 inch per hour at times. Snow will continue for the rest of the day.

NWS Upton
An area of low pressure will ride along the frontal boundary and approach from the west bringing light snow into the NYC area late today and tonight.  The snow will become heavy overnight. Monday morning will bring a mixture of snow, sleet, and freezing rain forecasted along the coast.  Any rain or wintry mix will transition back to snow late Monday afternoon into the evening hours.  Due to the low temperatures in the evening, there is an additional chance of ice accumulation for Monday evening commute.

If areas do receive all rain for more than a brief period, there is the potential for minor urban and poor drainage flooding and possibly localized flash flooding.