The Office of the Nassau County Medical Examiner has issued a warning to alert users and medical experts of contaminated heroin that has hit the market and causes deaths that appear to be linked to ... 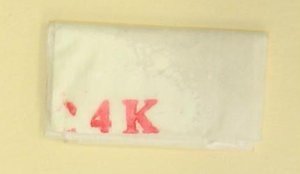 The Nassau County Medical Examiner has issued a warning for drug users and medical experts to be on the lookout for contaminated heroin that may appear to kill the user through an abuse of heroin, but actually kills via a combination of potent narcotics, including one that is banned in the United States.

According to the medical examiner’s office, evidence associated with two of the several deaths has been analyzed by the Forensic Toxicology Laboratory.  Scientists determined that the heroin samples contained fentanyl, as well as the banned antipyretic, metamizole. So far, the contaminated samples identified have been found in glassine packets stamped as “24K” in red ink.

Fentanyl is a highly potent synthetic narcotic analgesic that is 100 times more potent than morphine, which is the active ingredient in heroin.  The clinical purpose of fentanyl is to treat severe pain or for the induction of anesthesia, but users of fentanyl must be monitored, as it can cause severe respiratory depression.

Metamizole, an analgesic and antipyretic that was made to be used similarly to ibuprofen, was banned in the United States in 1977 after it was found to have the potential to cause agranulocytosis – a potentially fatal condition in which the white blood cell count drops significantly.

The office specified that it is disseminating this information “for situational awareness purposes only.”