Drug Bust in Franklin Square Leads to Confiscation of Guns, Explosives and More

A drug sale gone wrong leads police to finding a host of other drugs, guns, explosives and more at the drug dealer's home. 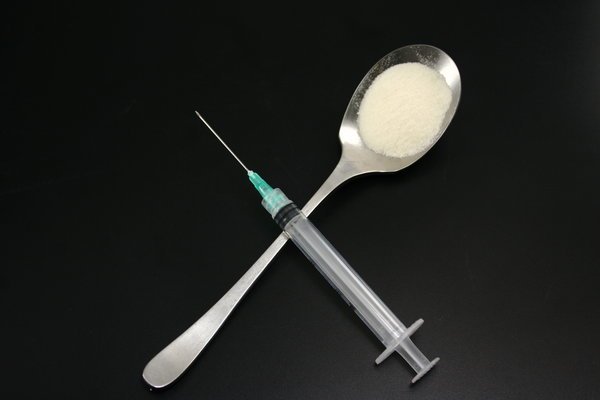 On Tuesday evening, Nassau County police busted a drug sale between [REDACTED], 26, and  [REDACTED], 28, who are both from Franklin Square.

Police said  [REDACTED] was selling to  [REDACTED] six envelopes of what appeared to be heroin at 5:20 p.m. Inside  [REDACTED], car, police found envelopes containing heroin as well as Suboxone pills, Alprazolam pills, Klonopin, Valium and Clonazepam pills. Both men were arrested at the scene.

Police also followed up with a search at  [REDACTED] home after obtaining a search warrant. They discovered additional drugs, weapons and explosives.

There were more than 4,000 tablets of anabolic steroids, several hundred bottles of liquid anabolic steroids, and many other types of pills and prescriptions, including Alprazolam, Valium, Vyvanese, Clonazepam, Diazepam, Methandrostenolane, Oxycodone, Suboxone and Carisprodol at  [REDACTED] home. There was also an assortment of assault rifles, two .12 gauge pump shotguns, an assortment of ammunition and magazines, commercial grade explosives, digital scales and more than $7,000 in cash found.

Both men were arraigned today at the First District Court in Hempstead.  [REDACTED] is charged with several counts of possession of a control substance, several counts of criminal possession of a weapon, reckless endangerment and violation of two New York State labor laws regulating storage of explosives and licenses and certificates.  [REDACTED] also faces a drug charge.

The judge has ordered  [REDACTED] be held without bail.