Wadsworth Scientist is Co-Inventor of a Better Test for Zika

Researchers have developed a new, more rapid and accurate test to diagnose Zika. 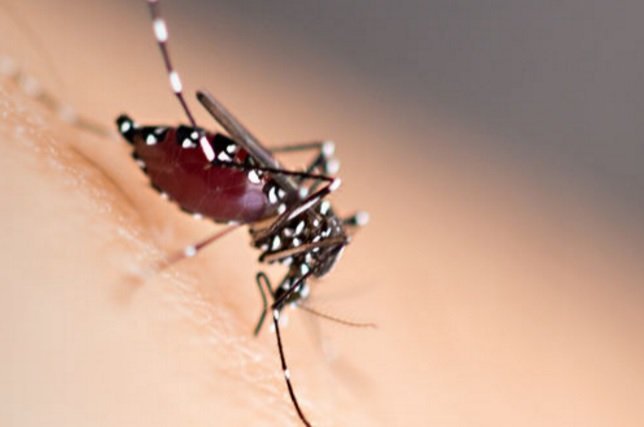 Albany, NY - January 27, 2017 - Researchers from the New York State Department of Health’s Wadsworth Center Laboratory and the University of Texas Medical Branch at Galveston have developed a new, more rapid and accurate test to diagnose Zika. By increasing the accuracy and speed of Zika testing, physicians will be better equipped to determine whether a patient is infected with the Zika virus or has another condition. Preventive measures can then be taken to protect vulnerable people, including pregnant women and women interested in becoming pregnant.

Susan J. Wong, PhD, Director of Wadsworth Center’s Diagnostic Immunology Laboratory and Pei-Yong Shi, PhD, a professor in the Department of Biochemistry and Molecular Biology at the University of Texas Medical Branch worked together to develop a test that is capable of detecting antibodies produced by the body against several viral components at once to quickly and accurately distinguish Zika from other viruses in the flavivirus family such as dengue fever, yellow fever and West Nile Virus. The research related to this effort was recently published in eBioMedicine, a peer reviewed health journal.

“Once again, the scientists at Wadsworth Center have demonstrated their remarkable skills, this time with the development of a new diagnostic tool for Zika,” said Commissioner of Health Dr. Howard Zucker. “I want to commend Dr. Wong for devising an assay that provides a quick and accurate diagnosis of Zika. Ultimately, this test will provide those who are infected, and most importantly pregnant women and their healthcare providers, with as much information as possible earlier than before to guide future decisions.”

Only one in five people infected with Zika virus will get sick, and the symptoms are usually very mild, including fever, rash, joint pain, or conjunctivitis (red eyes). However, there have been increased cases of a birth defect known as microcephaly that is associated with Zika virus infection among pregnant women.

As of January 18, 2017, scientists in the Wadsworth Center have received specimens for testing for 9,304 individuals. Tests are performed to detect the presence of the virus, as well as both screening and confirmatory tests for antibodies against Zika and other related viruses. Three laboratories at the Wadsworth Center - the Virology Laboratory, the Diagnostic Immunology Laboratory and the Arbovirus Laboratory – currently perform the various complex Zika tests and research.

The Health Department has taken extraordinary steps to address the Zika virus, particularly when it involves a pregnancy, including offering comprehensive testing of both blood and urine from pregnant women without limitations on when they can be tested. In March of last year, the Department announced expanded testing for Zika to include all pregnant women who had unprotected sex with a partner who traveled to an area where the virus was active. Previously, the Department had offered testing to pregnant women who themselves had traveled to a Zika-affected area. This announcement was in response to the CDC’s confirmation that the Zika virus can be sexually transmitted.

Governor Cuomo’s 2018 Executive Budget includes proposed funding to develop a new modern facility for the Wadsworth Center aimed at positioning the lab as a core element in a life sciences corridor. This state-of-the art facility will enable the State to expand and support opportunities for businesses in the life science and health data sectors via co-location opportunities, commercialization of research, clinical trials, research funding, and training of tomorrow’s scientific workforce.

These latest announcements complement the State’s ongoing aggressive commitment to fighting Zika as first displayed in the Governor’s comprehensive Zika Action Plan released last year. The state has made significant progress in all six points of the plan, which include eliminating Zika at its source (to date, more than 44,000 of the 100,000 mosquito dunks purchased by the state have been distributed to residents and business owners), monitoring through trapping and testing (over 20,000 Aedes albopictus mosquitoes were collected and tested with no positive tests for Zika in the most recent mosquito season), providing free Zika Protection Kits to pregnant women (more than 17,000 have been distributed to low-income women statewide), issuing emergency regulations and requiring local action plans (all 57 Zika action plans submitted by local health departments have been approved), deploying Zika Rapid Response Teams (over 100 NYSDOH staff have been recruited and are ready to be deployed wherever local transmission of the virus is suspected), and launching a public awareness campaign (a widespread public awareness campaign emphasizing travel safety and mosquito bite prevention.)