William Floyd High School senior, A.G. Chancellor IV, was selected to be the featured student speaker at the NYSSBA 2017 Capital Conference on February 13. 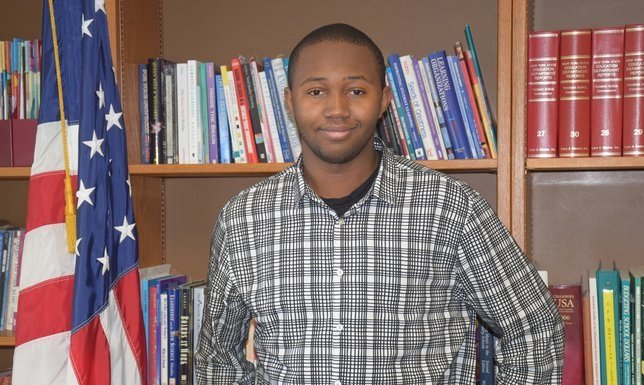 Mastic Beach, NY - January 27, 2017 - William Floyd High School senior, A.G. Chancellor IV, was selected to be the featured student speaker at the New York State School Boards Association (NYSSBA) 2017 Capital Conference on February 13. Chancellor will deliver an approximately 15-minute speech on the importance of school funding and how local boards of education play a vital role in providing opportunities for students. He will be the first student speaker at this conference in more than 10 years.

William Floyd Board of Education President Robert Vecchio recommended A.G. for this honor, who was ultimately selected by NYSSBA for his successful involvement in Youth and Government, his impressive academic record and myriad extra-curricular activities.

A.G. is the captain of the William Floyd High School Mock Trial team and was a member of the 2014 state champions, a two-sport athlete (tennis and cross country), and a member of the National Honor Society as well as an extremely active member of the aforementioned Youth and Government program. In addition to his role presiding over the conference as this year’s governor, A.G. has served as speaker of the assembly, won the “Best Bill” award, and attended the Conference on National Affairs for the past two years, receiving the honor of being named one of 20 “Outstanding Statesmen” out of the 600 students in the delegation. Following high school, A.G. plans on studying public policy and economics before entering a career in the public sector.