A Petro Oil delivery truck driver was robbed at gunpoint Monday morning in Roosevelt while delivering oil to a residence on Margaret Drive. 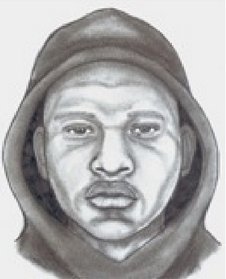 Nassau County Police and Crime Stoppers are looking for anyone who can identify the suspect in the composite sketch released Monday of a man wanted for robbing an oil delivery truck driver earlier that day, and also for robbing drivers on other occasions in the past month.

The Nassau County Robbery Squad reported that at 7:59 a.m. Monday morning, a truck driver from Petro Oil was delivering oil to a home in Roosevelt on Margaret Drive when he was approached by a masked black male.  The man displayed a handgun and demanded that the 41-year-old driver hand over his money.  The driver complied, and the man fled on foot down Margaret Drive with an unknown amount of money.

The suspect is described as being between 15 and 20 years old, 5’5”to 5’7” tall, with a thin build. He was wearing a black hooded puffy jacket, dark mask, gloves, and blue jeans.

This is not the first time oil delivery drivers have been accosted in Nassau County this winter.  The same suspect is believed to be working in concert with other men robbing drivers at gunpoint, who have struck several times since December 13.  On other occasions, more than one men have ganged up on drivers and taken money and personal property while the drivers were delivering oil to residences.

Less than two weeks ago, a similar attack occurred in Baldwin, where a black male estimated to be between 20 and 25 threatened an oil delivery driver and demanded his money.  A struggle ensued, and a second black male in a grey hooded sweatshirt grabbed the victim from behind and threw him on the ground before taking the victim’s wallet and iPhone.  Two suspects fled the scene in a blue Chevy Malibu with out of state plates and headed south down Coolidge Avenue.

Crime Stoppers is urging anyone who can identify the subject, or with any information about these crimes to call their toll free hotline at1-800-244-TIPS (8477).  All callers will remain anonymous.