While the Islanders and Rangers struggle to begin a winning streak, the Knicks and Nets ended some years-long losing streaks. 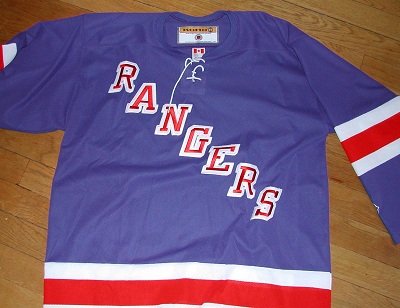 The Shortened NHL season did not begin well for the Rangers; an opening-day3-1 loss to the Bruins was quickly followed by a disappointing home-opener as the Penguins won 6-3 in MSG. New York had the opportunity to exact a measure of revenge when Boston came to town on Wednesday, and they were glad to take it.

Two Gaborik goals early in the first period had the Rangers out to a solid lead. The score was evened in the second, but Pyatt closed the period with a goal of his own to put his team back up 3-2. A solitary score from Boston’s Horton sent the game into overtime, allowing Gaborik to put it away with a hat trick.

Coming off that 4-3 victory, the Rangers moved on to a Philadelphia team still looking for its own first win. Beleaguered with injuries, the Flyers held New York scoreless through two periods while putting up two goals in the second. Pyatt managed to score early in the third off an assist from Gaborik, but that would amount to the team’s only offensive production.

Lundqvist saved 31 of 33 shots, while Philly’s Bryzgalov was significantly less taxed, blocking 18 of 19.

The Rangers will try to get their second win at 7 o’clock tonight against Toronto.

The Islanders found themselves in a hole during the third game of the season.  Though Moulson had a goal off an assist from Tavares midway through the first, the team was down 3-1 to the Maple Leafs by period’s end. They tied the game with shots by Streit and Boyes in the second, but really came alive in the third.

Aucoin, Moulson, and two shots by Grabner combined for a 4 goal final period. What had been a 1-3 deficit early on turned into a 7-4 victory. Though Nabokov allowed 4 pucks to slip by him, he was heavily tested and blocked 39 of 43.

Unfortunately there would be no such rally in last night’s game against the Bruins. Goals by Aucoin in the first and second had the Islanders entering the third period tied 2-2. DiPietro could not hold off the Boston attack, however; New York fell 4-2 as he saved 23 of 27 in his first start since 2011.

The Islanders will play the Jets tomorrow at 8pm.

Knicks Play a Close One Against Celtics

While the Rangers and Islanders struggled against Boston to start this year’s hockey season, the Knicks came to TD Gardens hoping to win in the arena for the first time since 2006.

It was a hard fought battle, with the Celtics ending the first quarter up 24-20, but the Knicks rebounded to enter half time up by 2. They padded their lead with a 22-18 third, though the day would ultimately end by a smaller margin. Rajon Rondo’s triple-double helped Boston outscore New York in the fourth, but the rest of the team could not do enough to erase the deficit. The Knicks won 89-89.

Carmelo Anthony was once more that star of the show, scoring 28 while snatching 9 rebounds, but Stoudemire continues to improve as he eases back into the NBA. In his 20 minutes of play, Amar’e had 9 rebound s of his own and knocked back 15 points. Iman Shumpert stayed in for 27 minutes and picked up 10.

The Knicks play the 76ers tonight at 7.

A Win and Loss for Brooklyn

Coming off a win at Madison Square Garden, the Nets moved on to Minnesota where they aimed to even one more season series after having lost the only other meeting between the two teams back in November.

Brook Lopez made that task seem easy as he rushed out of the gates with 10 points in just the first six minutes. Though the Timberwolves eventually brought the game within 2 through a 14-7 run in the fourth, the Nets never trailed. Brooklyn took control once more to end the game 91-83; it was the team’s first win in Minneapolis in over a decade.

Lopez slowed down after the opening minutes, ending with 22 points on the night. Joe Johnson and Deron Williams backed him up with 18 apiece.

Sadly, the hot streak could not last forever. Brooklyn fell to 12-3 under head coach PJ Carlesimo as they were thoroughly humiliated in Memphis last night.

The Grizzlies followed a 10-point spread in the first quarter by extending their lead to 23 at the half. Though the Nets’ defense put on a more respectable show after the break (they allowed 67 points beforehand, and only 34 afterward), their offense fell stagnant in the fourth as a commanding Memphis team held them to just 10 points in the final period.

Lopez provided 18 points while Reggie Evans had a double-double (11 points, 10 rebounds), but it did little good as the Grizzlies came out on top 101-77.

The Nets will look to recover against Houston tonight at 8 o’clock.