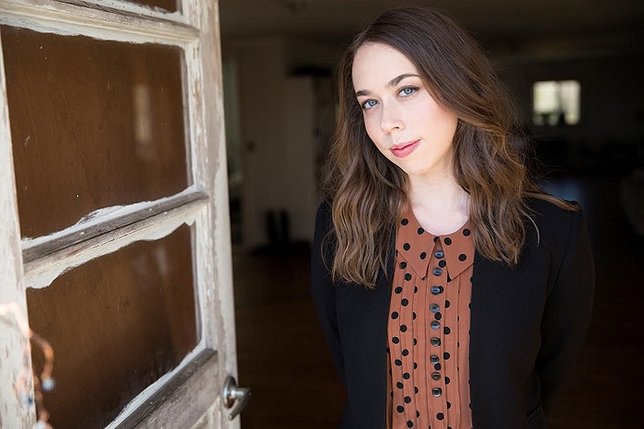 A gifted multi-instrumentalist, insightful songwriter, and singular vocalist, Sarah Jarosz has been Americana's fastest rising star from her days as a child prodigy to her critically acclaimed recordings released while attending New England Conservatory of Music. She continues her ascent with her fourth recording Undercurrent, which is nominated for two 2017 Grammy Awards for Best Folk Album and Best American Roots Performance.

While Undercurrent is a creative landmark for Jarosz, she's been making music for most of her life. Growing up in Wimberley, Texas, she began singing in early childhood. Receiving a mandolin for Christmas when she was nine years old, she worked tirelessly to master the instrument, and learned to play guitar and clawhammer banjo along the way. When she was 11, she performed at her first bluegrass festival; over the next few years, she gained an impressive reputation as a young phenom on the festival circuit, absorbing a world of traditional influences while honing her own highly original songwriting sensibility.

"From an early age, I've had a strong desire to create music," Jarosz states. "I was also fortunate to be surrounded by older, accomplished musicians who were my mentors. From the very beginning, all of my heroes looked out for me and challenged me in the best ways. It was great being raised in music that way. I always felt completely supported, and I think that that attitude affected the way I approach music now."

Undercurrent is just the latest Jarosz release to win critical and fan acclaim. Her third album, 2013’s Build Me Up from Bones, which featured an expanded sonic and compositional palette, garnered Grammy nominations for Best Folk Album and Best American Roots Song.

Rounding out the program is guest artist 10String Symphony. The Nashville began as a creative release valve for Rachel Baiman and Christian Sedelmyer, two 5string fiddle players
and veteran sidemen of Nashville’s music scene. Rachel, a former Illinois state fiddle champion in the old time tradition, needed an outlet for the new sort of songs she was writing, while Christian, originally a classically trained violinist, now a current touring member of the Jerry Douglas Band, was looking to get in touch the impetuous spirit of the rock bands he played in before his arrival in Nashville. With the love of the 5string fiddle and its musical possibilities as its focal point, the band’s mission statement was as clear as it was expansive: Two fiddles. Two Voices. Epic music.

Tickets for Sarah Jarosz are available through Landmark’s Box Office, 516-767- 6444 and online at www.landmarkonmainstreet.org.

Our 2016-17 Season is made possible thanks to our Partners in Performing Arts: Harding Real Estate, Peter & Jeri Dejana Family Foundation, Peter A. Forman Charitable Foundation, Town of North Hempstead and Winthrop University Hospital.

*All ticket prices include a $2 facilities fee for capital improvements.