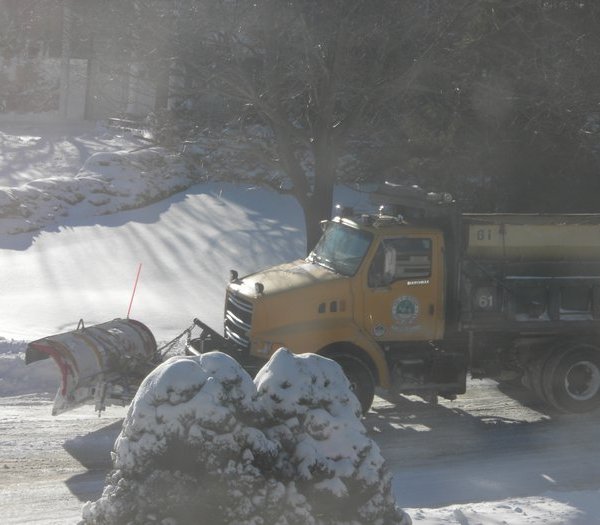 Albany, NY - January 22, 2014 - Governor Andrew M. Cuomo today announced that all state roads, including the New York State Thruway, are open and cleared following yesterday’s winter storm with traffic moving well under normal conditions. The Governor continued to caution New Yorkers to take precautions to guard against sub-zero temperatures that are continuing across the State, especially in upstate regions.

“While New York State roads have been open and clear for commuters, we continue to urge residents - especially upstate - to take precautions against the extreme cold,” Governor Cuomo said. “In these weather conditions, New Yorkers should exercise caution whether they’re traveling or remaining home. These low temperatures are expected to remain with us for the next few days, so it’s important that citizens do everything they can to stay safe and warm.”

The National Weather Service has posted Wind Chill Warnings in the southern Adirondacks, western Mohawk Valley, Schoharie Valley & central/southeastern Catskills with wind chill readings -25 to -40 degrees. It has also issued a Wind Chill Advisory for the greater Capital District including the Saratoga and Glens Falls areas, central Mohawk Valley, Taconics, and the mid-Hudson Valley with wind chill readings -15 to -24 degrees.

Steps taken to ensure readiness include:

Roads in Long Island and the Lower Hudson Valley are open and traffic is moving. Motorists need to be aware that the extremely cold temperatures could result in icy patches on the roadways, and they should continue to drive with caution. Crews from the New York State Department of Transportation will continue to be out in force through tomorrow morning, pushing snow off highway shoulders and salting roads to prevent melting snow from icing over.

At the Governor’s direction, the State yesterday activated 239 plows, 27 front loaders and 428 operators in Long Island, including 30 plows and 71 operators deployed from upstate. The state also had private contractors standing by on Long Island to assist with snow removal. In the Hudson Valley, the State activated 227 plows, 53 front loaders and 491 operators deployed for snow removal operations.

All Metropolitan Transportation Authority (MTA) services ran smoothly for the morning rush hour commute, with only minor and scattered delays due to the effects of deep snow and bitter cold. Thousands of workers spent the night clearing snow from tracks, platforms, stairways and roadways.

Subway service was close to normal, as trains which had been stored on underground express tracks overnight were put into service on schedule. Buses operated at 90 percent of normal service to accommodate lower demand and road conditions, and is returning to full strength as conditions improve. No buses reported any trouble moving, as all articulated buses and most standard buses were equipped with tire chains.

Travelers can monitor Service Status at www.mta.info for the most up-to-date information.

Electric generators can provide you with piece of mind and convenience when there is a temporary loss of electric service during cold weather. Be aware that fire hazards are greatly increased in the winter because alternate heating sources often are used without following proper safety precautions.

Carbon monoxide poisoning is a silent, deadly killer claiming about 1,000 lives each year in the United States. Such common items as automotive exhaust, home heating systems and obstructed chimneys can produce the colorless, odorless gas. The gas can also be produced by poorly vented generators, kerosene heaters, gas grills and other items used for cooking and heating when used improperly during the winter months.

If you plan to be away:

If You Lose Power

If you lose electrical service during the winter, follow these tips:

Use only safe sources of alternative heat such as a fireplace, small well-vented wood or coal stove or portable space heaters. Always follow manufacturer’s instructions.

When using alternative heat sources such as a fireplace, woodstove, etc. always make sure you have proper ventilation. Keep curtains, towels and potholders away from hot surfaces.

Have a fire extinguisher and smoke detectors – and make sure they work.

If you use kerosene heaters to supplement your regular heating fuel, or as an emergency source of heat, follow these safety tips:

For more information, and a list of essential emergency safety items to keep in your home, visit the New York State Department of Homeland Security and Emergency Services Winter Safety Page.