The New York State Museum has released the only audio recording of a speech given by Dr. Martin Luther King Jr. in 1962 commemorating the centennial anniversary of the Preliminary Emancipation Proclamation. 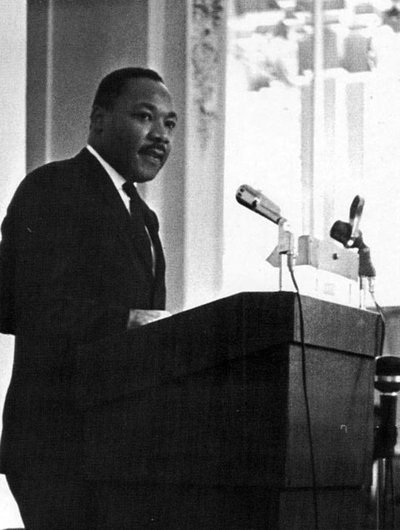 In honor of what would have been Martin Luther King Jr.’s 85th birthday, the New York State Museum has released a speech given by Dr. King on September 12, 1962 as an online exhibition accessible worldwide.

The museum’s exhibition has the only known audio recording of Dr. King delivering a speech commemorating the centennial anniversary of the Preliminary Emancipation Proclamation.  The speech was given over 50 years ago at the Park-Sheraton Hotel in New York City, shows Dr. King’s deep  belief that that “document proved that government could be a powerful force for social justice,” said the New York State Museum.

The video, which can be viewed below, also reminds modern-day listeners of the distinct racial schism that was prevalent in America in the 60s, and how Dr. King devoted his life to end this racial segregation.

He also added how now all people saw President Lincoln as a liberator.  Dr. King points out that in the early 60s, northerners who opposed Lincoln called him the “Baboon President,” and southerners called him an “assassin” and a “savage.”

"This is a remarkable treasure," said Chancellor Merryl H. Tisch in a press release. "More than 50 years later, Dr. King's voice has come back to life. The Board of Regents and the State Museum are honored to present this unique online exhibition to the public. It's a rare and special opportunity to once more hear the power of Dr. King's words. Every New Yorker and every American should take the opportunity to listen to this speech."

A special exhibition including the audio recording of the speech, images, and the manuscript of the speech will be on exhibit at the State Museum in February 2014.